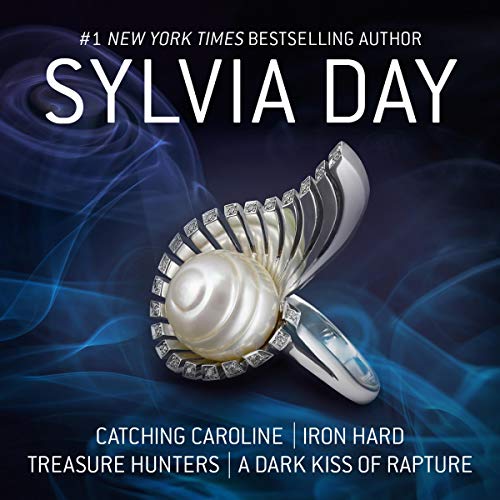 Can the hunger that thrives in darkness be a love for eternity?

Jack Shaw’s reputation as a wicked libertine is well deserved. He lives for the moment, indulging in temporary pleasures. Until he meets Lady Caroline Seton. Now he wants more than one stolen kiss, he wants forever. But Caroline hides a dangerous secret, one that could cost him his life. Will his love be enough to save them both…?

Baron de la Warren returned from the war a hero, a sky captain lauded for his brilliant strategies and swashbuckling boldness. Savagely beautiful, he is far too masculine to be pretty, but he is certainly magnificent. And irresistibly sexy.

Tinkerer Annabelle Waters is startled when his lordship commissions mechanized lovebirds, wondering at the private man who lives beneath the public personage. What manner of warrior thinks of such a lover’s gift? She is more than a little eager to see for herself…

Now two people who couldn’t be more different race across the star system on a daring quest for untold riches. Together, success is within their grasp…if they can just get past the hands-on research.

A Dark Kiss of Rapture

Of all the Fallen, Raze’s hungers are some of the darkest and most insatiable. His brazen seductions cost him his wings, leaving him soulless and immortal, the most dangerous of seducers. He has roamed the earth for eons, hunting the rogues of his kind and protecting the humans who provide him with blood and sex. He is content with his life and the transient pleasures that flow through it… until one night and one woman change everything.

Loved loved immensely this sort And fun passionate love stories! Really interesting and sort enough to enjoy it and not get bored! Great 👍🏻

Liked three out of four of this variety pack. Would have preferred male narrators. I listened at 1.25 to get over the overly slow narration.
1. Catching Caroline is a regency vampire romance, with Jack pursuing Caroline across continents. It had the right balance of story and sex for the length of the novella.
2.Iron Hand could have spent a bit more time on the steampunk regency world of airships and mechanical creatures, but it moved very quickly to hot scenes between the Baron Rafael and Annabelle the tinkerer.
3. Treasure Hunter launches us into space with mercenary Rick joining forces with academic antiquities hunter Sam as she searches for a lost collection of erotica- books now banned by society. Yes, a bit of an eye roll, but fun nonetheless.
4. A Dark Kiss of Rapture was the novella that did nothing for me... which is too bad because the setup seemed promising. In a world with angels, vampires, and lycans, Kim hooks up with centuries old fallen vampire angel Raze. I hoped for the movie Underworld, but naughtier. Instead, none of the pieces fit. Not dark, no chemistry, and the vampire mystery was uninspired. Ah well, three out of four for a quick fantasy romance trip ain’t bad. This fourth story is a prequel to a trilogy, but it didn’t sell the universe or the characters enough for me to invest in the full length books.

I have read all these books some time ago but it is brilliant to hear Jill Redfield reading them. Loved her British accent just made me smile all the way through Catching Caroline.