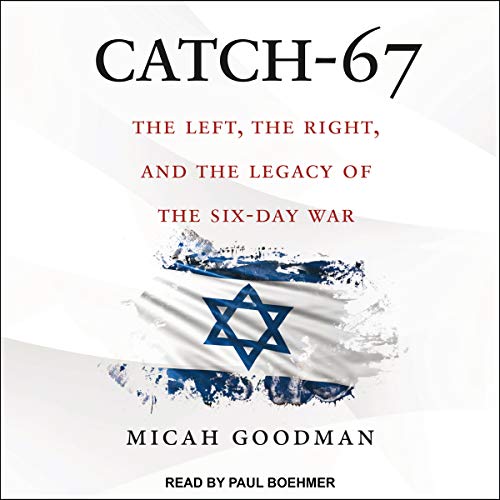 A controversial examination of the internal Israeli debate over the Israeli-Palestinian conflict from a best-selling Israeli author.

Since the Six-Day War, Israelis have been entrenched in a national debate over whether to keep the land they conquered or to return some, if not all, of the territories to Palestinians. In a balanced and insightful analysis, Micah Goodman deftly sheds light on the ideas that have shaped Israelis' thinking on both sides of the debate and among secular and religious Jews about the Israeli-Palestinian conflict.

Contrary to opinions that dominate the discussion, he discovers that the paradox of Israeli political discourse is that both sides are right in what they affirm - and wrong in what they deny. Although he concludes that the conflict cannot be solved, Goodman is far from a pessimist and explores how instead it can be reduced in scope and danger through limited, practical steps. Through philosophical critique and political analysis, Goodman builds a creative, compelling case for pragmatism in a dispute where a comprehensive solution seems impossible.

What listeners say about Catch-67

If you are interested in why Israelies and Palestinains can not make peace this is the book for you. It is not a polemic nor is it an advocacy for either sides views, truths or propoganda. It is a highly intelligent book going over all the obstacles and in the end he makes a number of well thought through ideas how to improve relationshipx in which each side gets something.I thought I was knowledgable on the subject but I learned quite a bit new information. It is a book for intillectual provocation and new thought. I highly recommend this book for people who are willing to have their prejudices on this subject challenged. It is no t long nor difficult. I had a hard time putting it down.

A total eye opener, fascinating both politically and philosophically. It certainly changed my opinions and I’ve held my opinions for many decades. This book is a bridge. And a very effective bridge.

A good introduction to the internal conflicts within Israel. Definitely a beginner guide but nothing too new or groundbreaking

I really enjoyed reading Catch-67 and the research done to make this a great book.

strongly recommend to all who are interested in the Israeli Palestinian conflict, and new ideas on how to move forward 26 years after Oslo accords

The insights of this book are important and it offers a relately plausible path to finding a solution to the conflict. It deserves more attention then it has been given.