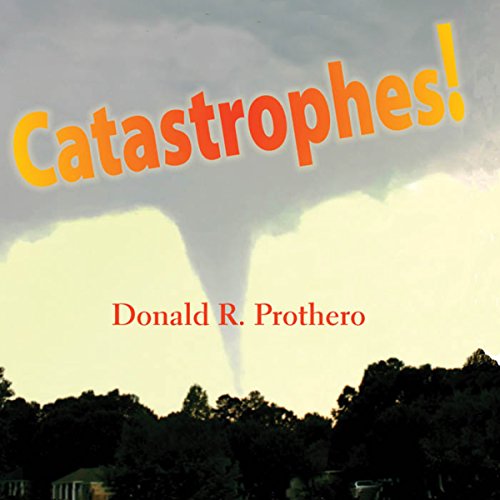 Devastating natural disasters have profoundly shaped human history, leaving us with a respect for the mighty power of the e\Earth - and a humbling view of our future. Paleontologist and geologist Donald R. Prothero tells the harrowing human stories behind these catastrophic events.

Prothero describes in gripping detail some of the most important natural disasters in history:

His clear and straightforward explanations of the forces that caused these disasters accompany gut-wrenching accounts of terrifying human experiences and a staggering loss of human life.

Floods that wash out whole regions, earthquakes that level a single country, hurricanes that destroy everything in their path - all are here to remind us of how little control we have over the natural world. Dramatic photographs and eyewitness accounts recall the devastation wrought by these events, and the people - both heroes and fools - that are caught up in the Earth's relentless forces.

Eerie, fascinating, and often moving, these tales of geologic history and human fortitude and folly will stay with you long after you're done listening.

"If you want to learn more about these disasters than just what's in the news headlines, this is the book for you." ( Birdbooker Report)
"Fascinating reading, if somewhat terrifying... Prothero explains the geologic and meteorological forces behind disasters, emphasizing the science with examples of real-world events, giving us a three-dimensional view of not only the natural processes involved but the human and monetary toll, as well." (Libbie Martin, Fairbanks Daily News-Miner)

What listeners say about Catastrophes!

In my opinion the narration was very bad. In fact it stopped me from listening to the last third of the book, chapters 9 to 12 which are titled "Ice ages, Greenhouse planet, Mass extinctions and Can we survive nature and our own folly?" and which I found less interesting than the previous ones which completely fulfill the promises made by the publishers summary. So, my point is that you should listen to the sample before buying and be shore that you can stand this slow, annoying monotone for 12 hours.

Too bad the historical facts are mixed with fake news. It’s all projected as truth. Buyer beware!

This book is very informative about the science behind catastrophies. It is a nice introduction to geology. However it is extremely naive in it dealing of history. The author knows absolutely nothing of theory of History and makes pretty stupid assertions frequently ("everyone in the middle ages was superstitious", "the settlers brought civilization to the West", etc). All huge statements without any nuance that could be smashed to pieces by any History undergrad. I'm actually surprised John Hopkins published such a poor work. Besides these serious flaws, still I learned some things about hurricanes and earthquakes. I would not have read it if I knew in advance though.