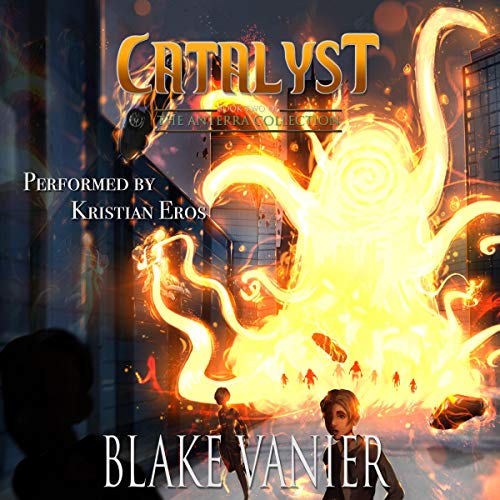 Nero is slowly losing his friend. He will do anything to save them, even if the consequences are terrifying.

Several years have passed since the orphans joined the rebel group Catalyst. As their training advances, they begin to contribute to the fight for equality. If the Erohsians were their only problem, life would be simple, but their reality is far from kind.

Catalyst has a traitor and Iona is determined to find out who they are to protect what she now calls home. Nero on the other hand, is in over his head, dealing with more immediate problems. He is desperate to help his friend and quickly running out of options.

Meanwhile, Isis’ patience with the human terrorists is rapidly dwindling. Her hard-won mole is acting elusive, but that is a small hiccup in her plan to crush the insurgency once and for all. Unfortunately, world troubles are brewing, and Isis’ brutal efficiency might be the only thing slowing a force that has long stayed in the background. Like a storm, some things cannot be stopped, only endured. The Havityns are stirring, and people will die.

What listeners say about Catalyst

This book continues the world building and explored more of how magic works through its characters. It was cool to hear about all of that as well as the different factions on the planet.

I have been listening to this audiobook while exercising and I’m not sure if it’s the plot that is raising my beats per minute or the burpees! Great plot evolution i really loved the first book and i am liking the direction the author is taking the story.