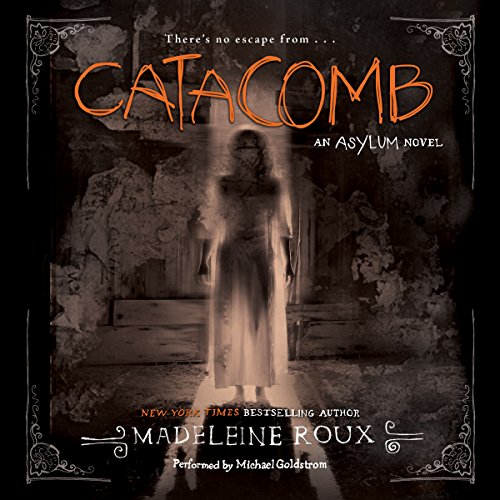 The heart-stopping third book in the New York Times best-selling Asylum series follows three teens as they take a senior-year road trip to one of America's most haunted cities, uncovering dangerous secrets from their past along the way. With all the thrills and chills that led Publishers Weekly to call Asylum "a strong YA debut", Catacomb is perfect for fans for Miss Peregrine's Home for Peculiar Children.

Sometimes the past is better off buried.

Senior year is finally over. After all they've been through, Dan, Abby, and Jordan are excited to take one last road trip together, and they're just not going to think about what will happen when the summer ends. But on their way to visit Jordan's uncle in New Orleans, the three friends notice they're being followed...and photographed. Then Dan starts receiving messages from someone he didn't expect to hear from again - someone who died last Halloween.

When the trio arrives in New Orleans and the strange occurrences only escalate, Dan is forced to accept that everything that has happened to him in the past year may not be a coincidence, but fate - a fate that ties Dan to a group called the Bone Artists, who have a sinister fascination with notorious killers of the past.

Now Dan's only hope is that he will make it out of his senior trip alive.

What listeners say about Catacomb

Such a great series!

I love this series. It is suspenseful and thrilling. I waited a long time for the 3rd book and it's so worth it. So many twists and turns!

enjoyable book. I thought this book fit well into the series. I would highly recommend it!

Much slower than the previous 2 books. Decent ending, no cliffhanger. Well read. Wouldn't buy, but would use a credit.

addictive series. love it i

I love it and recommend it to anyone who likes suspense. great book!!! I wish the series was longer

I feel like the books in this series end too soon.

it's always a good sign about how I feel about a story when I get a sad pit in my stomach as soon as I hear the word "epilogue". I'm quite hooked on the characters by this third book in the series, and while it's classified as a "young adult", I (as a much less young, adult) can relate to the emotions and inner challenges of each of the 3 main characters, worker from my own history as a teen or challenges facing any ages. This 3rd book was great because it didn't depend on the previous books to be thrilling all on its own, but it didn't discount thee precious adventures either.

intense & keeps you on your toes. love this series

it was great! all the suspense and thrills. the back and forth of dana nd his memories. it keeps you alert and wanting more.

This series is the perfect combination of ghost story and mystery. The book was enjoyable as well as the whole series.

It was pretty good. Some parts are really predictable, which is why I gave it 3 instead of 4.

It got me through the night I suppose

Oh lord. Same old same old. Poor writing as per usual well, the author is American so what’s new? Thin plot anorexic in fact, poor characterization, repetition pretty much of the first asylum novvel. in other words waste of time but if you have time to waste then give it a try if you like. i did and look what I have to say about it and that’s barely two hours in. It might get better but then the common cold might get better and there’s more of a chance of that happening.