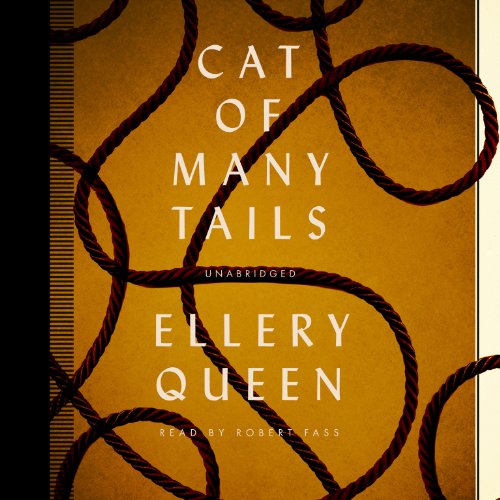 Cat of Many Tails

The silent rush of footsteps, the muffled shriek, the ever-tightening noose of exotic silk…the mark of the Cat. The Cat had claimed number nine.

The Cat had nine kills, but Ellery Queen found number ten alive and offered the victim temptingly to the killer. The trap was baited, and Ellery and the police poised for the strike that had to come. But the strangler struck elsewhere - and Queen's heart chilled at the thought of what he would find.

What listeners say about Cat of Many Tails

another great mystery and adventure

I am very glad that I'm reading these books in order, and I suggest that you do too oh... Ellery Queen gets better and better with each book, this one so far is the best and it will leave you guessing all the way till the end of the book

Ellery takes on a serial killer

Queen enters into the world of the Cat, a serial killer who strangles victims with colored silk cords. Well done, but after a while it's painfully obvious who the killer is, and then you have to wait through a lot of jabber to get to the solution. Fass isn't my favorite Queen narrator, by far. He's not bad, just...eh.

Nice & twisty when you think you know....you dont

It's more thought out than other books in the series as it feels more mature in some aspects And lacking in others it's complex with interesting. schrmes