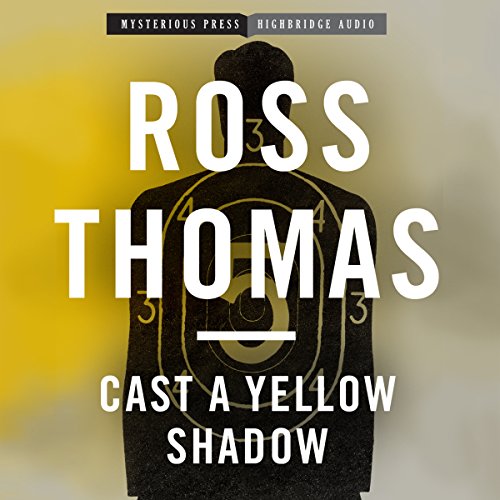 As the saying goes, you can't pick your friends. If you could, Mac McCorkle would disown Padilla. They owned a bar together in Bonn, the West German capital, and stayed partners even after Padilla's sideline as a CIA operative got the bar blown up. Padilla was thought to be dead and erased from the CIA’s files - but now he's back on the agency's turf.

Mac moved to Washington, D.C., after the trouble in Bonn, to get married and open his bar anew. His new bride is beautiful, the bar is a success, and Padilla's reappearance threatens everything. A group of African terrorists want Padilla to assassinate the prime minister of their small sub-Saharan republic - and they’ve kidnapped Mac's wife to use as leverage.

What listeners say about Cast a Yellow Shadow

This one was a top tier effort from Ross Thomas an

This one was a top tier effort from Ross Thomas and narrator Brian Holsopple. The Duo are up to their necks in mystery and subterfuge, with Padilla being stabbed, Mac's wife being kidnapped and drugged and Mac being shot. A fast paced and entertaining series. I look forward to the next one.