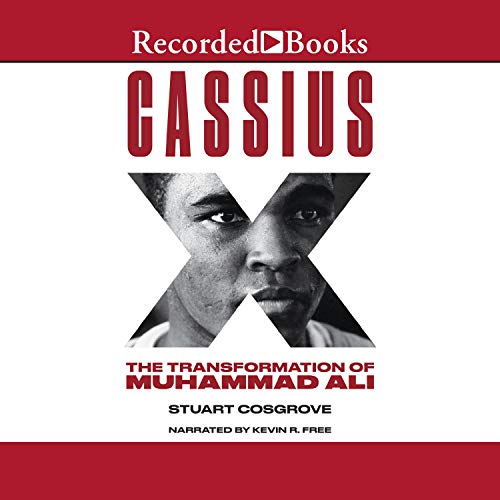 An in-depth exploration of the pivotal Cassius Clay transformed into Muhammad Ali, exploring the events, relationship, and experiences that shaped him.

Although Muhammad Ali's decision to assume a new name has often been portrayed as a sudden transformation, Cassius Clay's conversion to Islam was a process, not an event. For many months he received guidance from Malcolm X, who had traveled from Harlem to Miami to be his mentor as he studied for his entry into the deeply divided and fratricidal Nation of Islam. The name he assumed over those now-forgotten months was Cassius X. This is the story of Cassius X over 12 months in Miami, a city that was changing faster than America itself, as he trains for the fight that will bring him global fame: his world heavyweight title fight against Sonny Liston in February 1964.

Change was happening on every conceivable front, not least in music where two significant coincidences brought Cassius X into contact with the two major forces in '60s music: Beatlemania and the newly emergent soul music. The Beatles famously turned up at Clay's training camp at the 5th Street Gym, and Sam Cooke negotiated a recording deal for the flamboyant Cassius X. However, his music career, which included a cover version of Ben E. King's "Stand by Me" and a brief love affair with the dance-craze queen Dee Dee Sharp, never came close to echoing his career as a championship fighter. Politically, the Warren Commission, the FBI's "Informant 88", and the philosophical differences between Martin Luther King, Jr. and the emergent Black power movements were all at work. Cassius X's experiences came to preempt and predict the major cultural and ideological shifts that would unfold in the decade ahead.

What listeners say about Cassius X