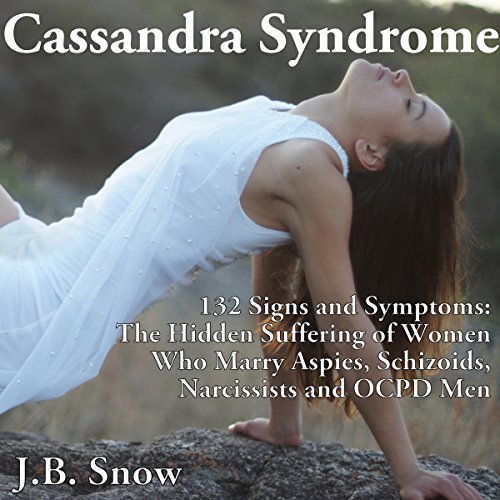 Many listeners email me each day. They typically have problems with the men in their lives. The truth that most of them don't realize is that their emotionally unavailable man or narcissistic man has an undiagnosed syndrome, complex, or disorder. Men often don't seek diagnoses for these issues that have been an ingrained part of their personality since they were born. They want acceptance and a sense of belonging from their partners, and they are often as unable to get these things from his partner as she is unable to get emotional validation from him.

The disorders and complexes that these men have often range from schizotypal disorder to schizophrenia to Asperger's Syndrome to Autism Spectrum Disorder. The traits, signs, and symptoms of these disorders are often pervasive and elusive. No single set of traits can instantly diagnose someone who is on these spectrums. Their brains and their learning style are different, thus causing their partners great grief in trying to deal with them.

In interacting with these men, the women often suffer significant mental decline themselves. They are often put through verbal and emotional abuse. Their emotional needs are often not met by their partners. They fall into a depression, or they suffer from unrelenting anxiety about the relationship. They are never sure whether the relationship will thrive or fail. They are blamed by their family, partners, friends, and coworkers for the failure of the relationship. Everyone else often seems completely clueless as to why they are complaining. After all, their spouse generally seems to be responsible and hardworking.

Both partners are at a loss as to how to connect, bond, and interact with one another appropriately. If they do not know the source of their angst, they will continue to hurt each other, bicker, and argue to the point of tearing each other apart.

What listeners say about Cassandra Syndrome - 132 Signs and Symptoms

Having a lived experience, this is spot on! I recommend this for better understanding.