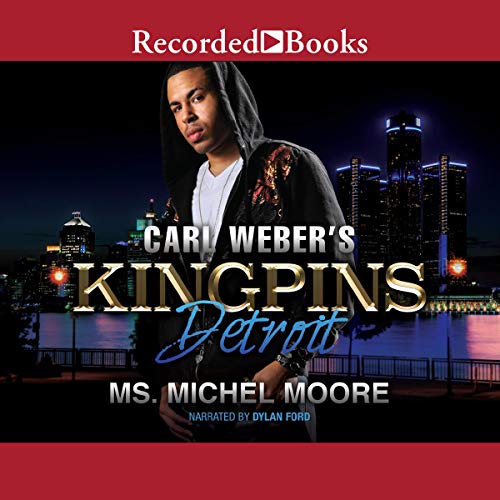 Kalif is everything his adoptive family wanted him not to be: treacherous, conniving, and coldhearted. As much as he wishes to please them, he can't deny who and what he is destined to be. The hot-tempered young man is indeed his father's son. While off his meds, Kalif discovers the circumstances surrounding the brutal murder of his birth parents. In a matter of seconds, he totally snaps, ignoring the possible consequences. His rage and thirst for power increases. Deep off into the zone, Kalif develops zero tolerance for nonsense. Quickly, he rises through the ranks of the Motor City crime underworld, proving to everyone, including himself, he deserved the hard-earned title of kingpin of Detroit.

It was a good book but I’m pretty sure the “narrator” didn’t pronounce some names correctly.

I have been reading the Kingpins for a few years. I was disappointed with the story. I believe it could have been better. I tried to read it but I couldn't get through it. so I downloaded it on here. I made it through. The other Kingpins have better story lines.

Very Dark as always but Good.

Very Dark as always but Good. Narrator became s much better at the end of the book.

I did not see that coming but history repeats itself when you don't make positive changes. That Ending. Whew. Interesting