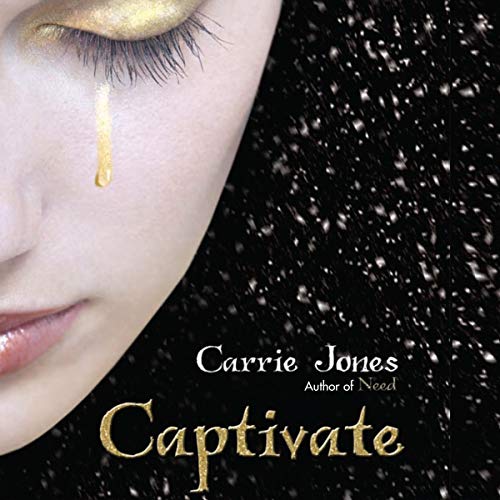 Zara and her friends knew they hadn't solved the pixie problem for good. Far from it. The king's needs grow deeper every day he's stuck in captivity, while his control over his people gets weaker. It's made him vulnerable. And now there's a new king in town.

A turf war is imminent, since the new pixie king, Astley, is moving in quickly. Nick nearly killed him in the woods on day one, but Zara came to his rescue. Astley swears that he and Zara are destined to be together, that he's one of the good guys. Nick isn't buying it, though Zara isn't as sure - despite herself, she wants to trust the new king. But it's a lot more than her relationship with Nick that is at stake. It's her life - and his.

What listeners say about Captivate

This book is a great sequel to the first boo Need. The narrator does a great job with the voices and fits the main charactor. I am not a young adult, but I read the YA books before allowing my 12 year old daughter to read them. I thought the book was a great read, and my daughter loved it.

good story line. heavy on character development. You will want to listen for many hours.

This series is one of my favorites and I have listened to it several times. The story draws you in and has you wanting to fall in love all over again. Julia Whelan does a great job telling the story and the voices of the characters. At the end you won't be able to wait to start the third book.

What would have made Captivate better?

This book sucks. It is really difficult to get through, and the narrator is NOT helping! Perhaps with better narration, this book would be passable, but I honestly regret wasting my credit on this and the third book.

Who would you have cast as narrator instead of Julia Whelan?

Alright book, but not excellent.

I wish there was more complexity to the characters and the story in this series. I enjoy it, but the characters tend to get on my nerves with the things that they do. While it isn’t that they go out of character, it is that they are too simple sometimes, they do the predictably stupid things that you know they will, and they don’t have a lot of depth. That being said, I do enjoy the mythological aspect. I find the series aimed more toward a younger audience than most YA books that I read – more middle grade than high school, perhaps. I am still looking forward to the next in the series though.

It was a very light, easy book so it was easy to listen to, though the voice was a little too annoying to listen for long periods.

Captivate is book 2 of the Need Pixies series by Carrie Jones. Those of you who have read Need will be familiar with the main characters, and Captivate introduces us to two new characters, Casserdy and Astly. The danger and suspense creep up several notches in this book, but Carrie Jones's trademark witty style, the reason I first fell in love with this series, remains just the same. I couldn't stop listening, and it is read by the same narrator, which is an added bonus. The cliffhanger ending will leave listeners begging for the sequel. A word of advice though, you might want to keep a box of tissues handy. Absolutely brilliant!