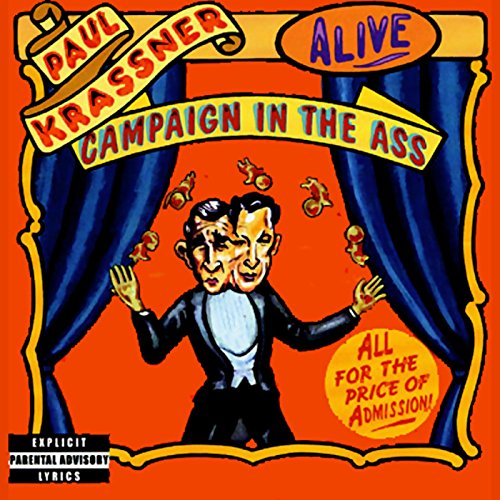 Campaign in the Ass

Among other things, this album addresses such issues as Lenny Bruce, Elian Gonzales, Jerry Garcia, Gore and Bradley, George W. Bush, and more. It was taped on May 17, 2000, at Borders Books and Music in Pasadena, California.

Dubbed "the father of the underground press" by People magazine, and called a "raving, unconfined nut" by the FBI, Paul Krassner is a counter-culture legend and a comic genius. According to the Los Angles Reader, "Krassner delivers the funniest, most intelligent social and political commentary in town."

What listeners say about Campaign in the Ass

Campaign in the Ass

He defines a comedian and then fails to live up to the requirements.
It's not funny.