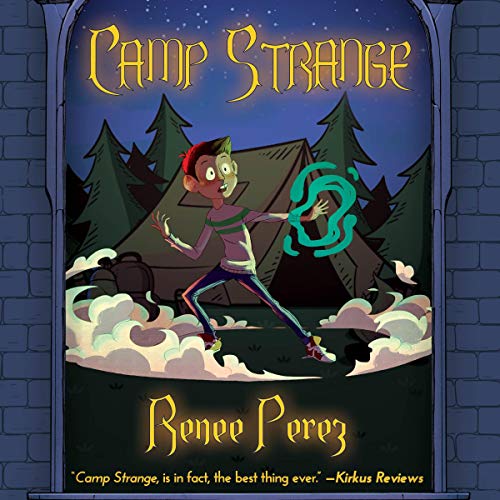 “Camp Strange, in fact, is the best thing ever.” (Kirkus Reviews)

Life is hard for Ezekiel, who is prone to magical misfortune, the school bully’s notorious wedgies, and his mom, who sends him off to summer camp in a flying bus.

After destroying the school gym by igniting a 3.7 earthquake with his science fair project volcano, Ezekiel Raroso recalls a lifetime of strange occurrences, including his family never talking about the father he’s never met, which have made him a target for the school bully. Lucky for him, school is out for the summer.

On the bus ride to camp, he quickly realizes something is strange as the bus driver sends the bus flying off the side of a mountain and it continues to fly. When Ezekiel reaches camp, he quickly learns not is all as it seems. The kids are strange just like him. There are rumors of an evil uprising while Ezekiel and his new friends find themselves soaring in a magical adventure to find a camper who goes missing.

What listeners say about Camp Strange