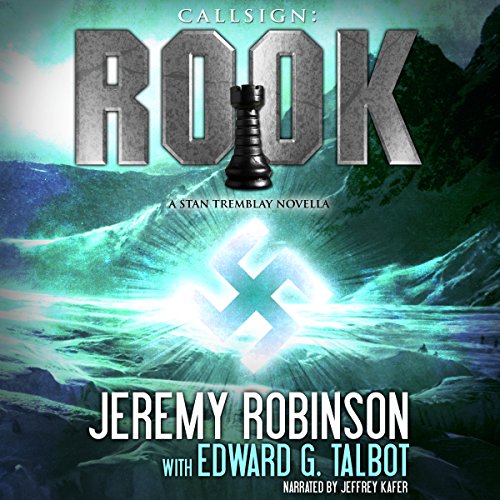 After a failed mission claims the lives of his five-man support team, Stan Tremblay, Callsign: Rook, flees Siberia and finds himself on the secluded coast of Norway, north of the Arctic Circle. Exhausted, cut off from the outside world, and emotionally beaten from his defeat in Russia, Rook just wants to find a place to rest. The small coastal town of Fenris Kystby seems like the perfect place.

Within hours of arriving, he discovers that the town is not as tranquil as it appears. The townspeople are mistrustful of outsiders, a pack of mysterious wolves stalk the local tundra, and two villagers have been killed by a creature that defies explanation. To make things worse, there are rumors of something sinister, something the townspeople refuse to discuss.

Despite the hostility of the locals, Rook commits to stopping the creature from murdering townspeople. As the body count rises, he quickly learns that the greatest threat might walk on two legs. And when he uncovers the town's hidden past, Rook knows only one thing for certain: something is rotten in Norway.

Callsign: Rook was the third in a series of Chess Team novellas released in 2011. Each of the eight audiobooks in the series - deemed the 'Chesspocalypse' - follows a single member of the team, and is co-authored by Jeremy Robinson and one of six other fantastic authors. The stories take place after the events of Threshold, the third Jack Sigler thriller, and before the events of Ragnarok, the fourth full-length novel in the series. The Chesspocalypse novellas are designed to introduce listeners to the series. If you haven't listened to the novels, no worries. Enjoy the ride!

"There's nothing timid about Robinson as he drops his readers off the cliff without a parachute and somehow manages to catch us an inch or two from doom." (Jeff Long, New York Times best-selling author of The Descent)
"Greek myth and biotechnology collide in Robinson's first in a new thriller series to feature the Chess Team... Robinson will have readers turning the pages..." ( Publisher's Weekly)
"Jeremy Robinson's Threshold is one hell of a thriller, wildly imaginative and diabolical, which combines ancient legends and modern science into a non-stop action ride that will keep you turning the pages until the wee hours. Relentlessly gripping from start to finish, don't turn your back on this book!" (Douglas Preston, New York Times best-selling author of Impact)

Rook is alive but struggling with the events of the last Jack Sigler/ Chess Team book, he just wants to find somewhere quiet to lick his wounds and contemplate re-joining the team. He finds himself in the most remote place and still manages to get into trouble. Jeremy Robinson and Edward G. Talbot write this novella so perfectly, it has the right balance of seriousness, humor and the usual chess team hijinks.
Rook is funny but with substance and I think Kafer does a great job of showing that in his performance.

I love Rook... really really LOVE Rook. Nothing fazes him and he always has something snarky or witty to say. Even battling werewolves and crazy Norwegians, he keeps his sense of snark (humour). I can't wait for him to make it back to Queen... I mean, the rest of the team LOL