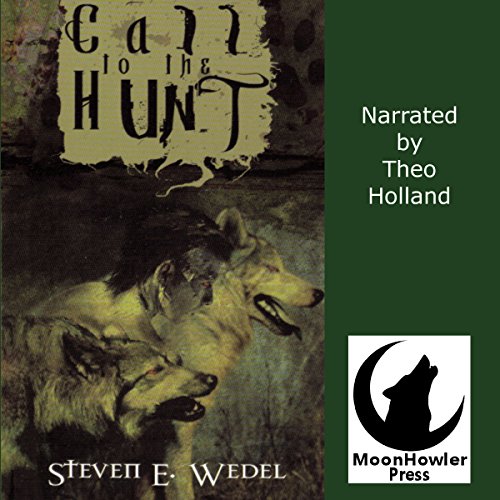 Call to the Hunt

In this collection of short stories based on his acclaimed Werewolf Saga, author Steven E. Wedel reveals back story about some of the major characters in the series. Who made the Old Ones and why? How did Ulrik come to be the first werewolf born in the New World? Was Shara destined to become a werewolf? These questions and more are answered in these stories. This is a can't-miss addition to The Werewolf Saga that fans of the series will want to add to their bookshelves.

What listeners say about Call to the Hunt

These short stories are interesting, entertaining, and a little bit disturbed which I enjoy. Some of the stories linked back together and others just seems to stand alone. I'm not sure what the werewolf "looking for love" story was there for but it was funny!!! Overall they were good and it went fast....didn't seem like almost 4 hours. I would have enjoyed it more if either I had read the author's original books or if these had been made into a full book connecting the stories together. Theo Holland didn't disappoint on the narration either. He has such a soothing, yet manly voice and still he even makes the female voices enjoyable to listen to. I love it when I see a book is narrated by him because they are so easy to listen to and always keep my attention.

Listenable, but not really my thing

Would you try another book from Steven E. Wedel and/or Theo Holland?

I am not so much into the genre' of this book, but like Werewolves, so I gave this one a try. Unfortunately, these are short stories, character studies, of figures who have appeared in a series by the author, and I think one would be better off beginning with the series rather than these short stories.
Theo Holland, the narrator, I enjoy. He has an every-man voice, a touch of a region, and extremely listenable, sort of alike a "Henry Fonda" type of reader. He provides the right inflection to alter the various character voices, and does females well, which means not making them sound like a high pitched cartoon, which male readers can tend to do.

Since these were short stories, there really was no one ending.

Have you listened to any of Theo Holland’s other performances before? How does this one compare?

On par as a whole. I like though when the story he reads has to do with some American town, because then his regional accent really fits, but it does not get in the way in this case either.

Was Call to the Hunt worth the listening time?

It was shorter, so yes. Had it been longer, I might have given it up.

Werewolves through the ages.

If you could sum up Call to the Hunt in three words, what would they be?

What other book might you compare Call to the Hunt to and why?

This is my first book about werewolves, but I really enjoyed how the author dealt with the subject.

What does Theo Holland bring to the story that you wouldn’t experience if you just read the book?

I really enjoyed how he handled the different character voices & accents.

I can't wait for the next collaboration of Steven Wedel & Theo Holland.