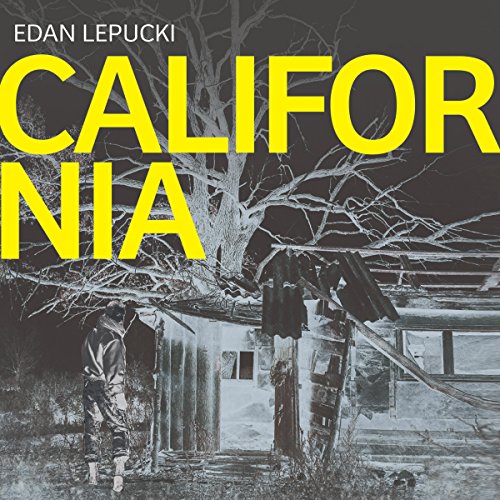 The sunshine state lies in darkness. Los Angeles is in ruins, left to the angels now. And the world Cal and Frida have always known is gone.

Cal and Frida have left the crumbling city of Los Angeles far behind them. They now live in a shack in the wilderness, working side-by-side to make their days tolerable despite the isolation and hardships they face. Consumed by fear of the future and mourning for a past they can't reclaim, they seek comfort and solace in each other. But the tentative existence they've built for themselves is thrown into doubt when Frida finds out she's pregnant. Terrified of the unknown but unsure of their ability to raise a child alone, Cal and Frida set out for the nearest settlement, a guarded and paranoid community with dark secrets. These people can offer them security, but Cal and Frida soon realise this community poses its own dangers. In this unfamiliar world, where everything and everyone can be perceived as a threat, the couple must quickly decide whom to trust.

A gripping and provocative debut novel by a stunning new talent, California imagines a frighteningly realistic near future, in which clashes between mankind's dark nature and irrepressible resilience force us to question how far we will go to protect the ones we love.

"An expansive, full-bodied and masterful narrative of humans caught in the most extreme situations." (Ben Fountain, author of Billy Lynn's Long Halftime Walk)
"Stunning and brilliant... By turns funny and heartbreaking, scary and tender, beautifully written and compulsively page-turning, this is a book that will haunt me." (Dan Chaon, author of Await Your Reply and Stay Awake)
"It's tempting to call this novel post-apocalyptic, but really, it's about an apocalypse in progress, an apocalypse that might already be happening." (Robin Sloan, author of Mr Penumbra's 24 Hour Bookstore)

What listeners say about California

Would you try another book written by Edan Lepucki or narrated by Emma Galvin?

Has California put you off other books in this genre?

Would you listen to another book narrated by Emma Galvin?

Perhaps it's unfair for me to comment as I am only (exactly) 2/3rds of the way through the book but... it's a bit boring. Too much talk about feelings and babies and love, not enough about why they are where they are! Yes, various disasters are elluded to but, so far, not fleshed out. This is to the 'apocalypse' genre what Twilight is to the Vampire genre. And, from the reviews I have read on Amazon, the story apparently fizzles out towards the end so I am not sure I'll bother finishing it. Besides which the narrator sounds like a bored and sullen teenager which doesn't help.