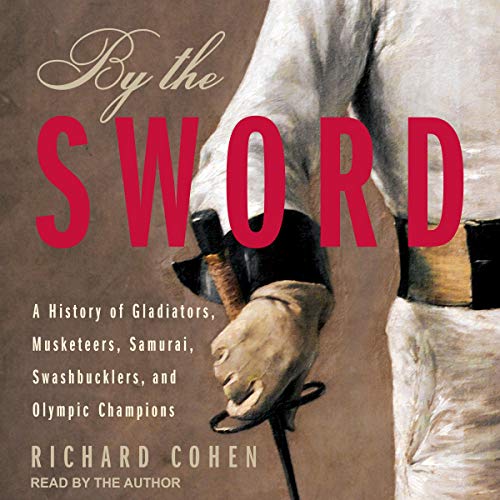 Napoleon fenced. So did Shakespeare, Karl Marx, Grace Kelly, and President Truman, who as a schoolboy would practice fencing with Bess - his future wife - when the two of them returned home from school. Lincoln was a canny dueler. Ignatius Loyola challenged a man to a duel for denying Christ's divinity (and won). Less successful, but no less enthusiastic, was Mussolini, who would tell his wife he was "off to get spaghetti," their code to avoid alarming the children.

By the Sword is an epic history of sword fighting - a science, an art, and, for many, a religion that began at the dawn of civilization in ancient Egypt and has been an obsession for mankind ever since. With wit and insight, Richard Cohen gives us an engrossing history of the world via the sword.

What listeners say about By the Sword