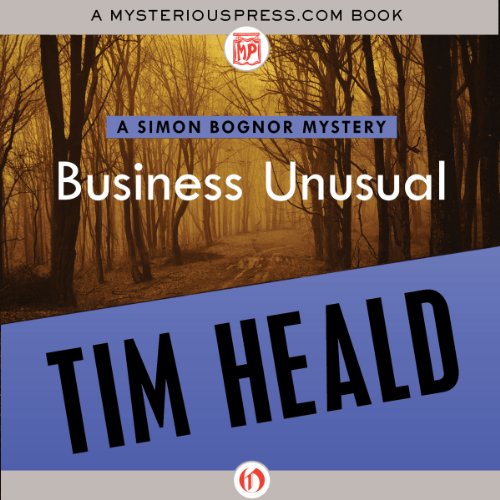 In the dullest town in England, Bognor becomes enmeshed in a civic club murder.

English politicians love to prattle on about the honest mettle of towns like Scarpington - mid-sized cities full of ugly buildings, ugly people, and a surfeit of wholesome values. In hopes of learning more about just what the nation's heartland is up to, the Board of Trade orders special investigator Simon Bognor to relocate to Scarpington and not to return until he knows what makes the place tick. It does not take long for him to find the answer. Like everywhere else he's ever visited, Scarpington runs on a toxic mixture of greed, sex, and murder.

Bognor is sitting in on the meeting of the local Artisans' Lodge when the keynote speaker keels over dead. Bognor has seen enough murder to know it on sight. As he looks for the culprit, he discovers dark secrets beneath Scarpington's homely façade - and a civic character that would horrify even the most depraved of politicians.

this story is set in England and is well written and performed.
I like the words at the end of the prologue "he was, of course, extremely dead."
this is the last in the series performed by john lee and I have enjoyed his rendition of the previous books.
all previous books have the first chapter of the next book at the end of the story, this is the only one that doesn't. there is another book "another death in venice" which I will listen to hoping a different performer will keep up the standard.