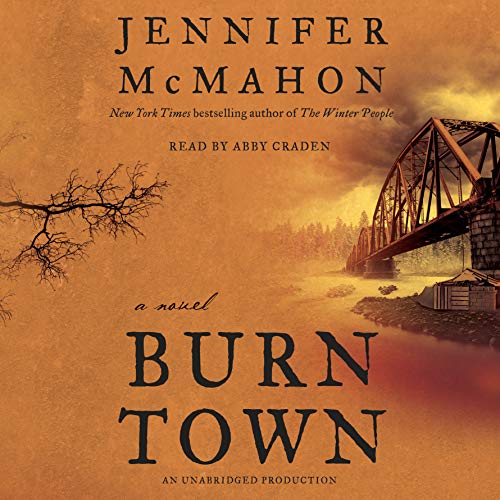 Ashford, Vermont, might look like your typical sleepy New England college town, but to the shadowy residents who live among the remains of its abandoned mills and factories, it's known as "Burntown".

Eva Sandeski, known as "Necco" on the street, has been a part of this underworld for years, ever since the night her father, Miles, drowned in a flood that left her and her mother, Lily, homeless. A respected professor, Miles was also an inventor of fantastic machines, including one so secret that the plans were said to have been stolen from Thomas Edison's workshop. According to Lily, it's this machine that got Miles murdered.

Necco has always written off this claim as the fevered imaginings of a woman consumed by grief. But when Lily dies under mysterious circumstances and Necco's boyfriend is murdered, she's convinced her mother was telling the truth. Now, on the run from the man called "Snake Eyes", Necco must rely on other Burntown outsiders to survive.

There are the "fire eaters", mystical women living off the grid in a campsite on the river's edge, practicing a kind of soothsaying inspired by powerful herbs called "the devil's snuff"; there's Theo, a high school senior who is scrambling to repay the money she owes a dangerous man; and then there's Pru, the cafeteria lady with a secret life.

As the lives of these misfits intersect, and as the killer from the Sandeski family's past draws ever closer, a story of edge-of-your-seat suspense begins to unfurl, with classic Jennifer McMahon twists and surprises.

What listeners say about Burntown

I would say that this book is as good as Winter People, which is my favorite book of hers. It's a toss up. I was grabbed from the first moment and enjoyed every bit of the story. Narration was really well done. It's not quite as scary as some of her other books, so depending on what you're into that might be a god thing.

OH EM GEEE! You have to read this book.

I am seriously in love with author Jennifer McMahon's writing. She is just a sheer genius when it comes to writing stories that mesmerize you from the very beginning. She is able to get a few different stories that all come into a full circle. She does not write a lot of magic, paranormal, or even supernatural but there are always an aspect of the one in her books. This is where I get sucked into the world she has built with every book I read of hers.

Slow to get going but once the story unfolded, I couldn't stop listening. Slow sections remain throughout but the author keeps you engrossed with the layers upon layers of character build.

I shouldn’t be surprised anymore...

Jennifer McMahon has quickly become one of my favorite, and go to authors, when I’m in desperate need of a reality break! Her stories pull you in and take you miles away from your, here and now, you feel like you’re living it, worried for the characters and what may happen next. I really waited on this one, preorder and everything! I love this story, the idea of how someone’s fear can shift your whole life, fake names, fake stories, it’s a whirlwind of slight chaos and she makes it all just pull you in more! Thanks for another great book!!!

Not one of my favorite

I've read two other books by this author. They were awesome! I'm a little disappointed. Not scary and not as creative as the other two stories. Winter People was bone chilling!

Slow, disjointed, felt pieced together in an attempt to make some kind of story. Honestly, wanted it to be over.

This book started out with a bang and then went downhill from there. I found it very confusing to keep track of what was going on because of all the popping around to the various characters points of view. Also, I found it hard to believe that the Chicken Mask Man is the same as Snake Eyes. Just too much too believe. I also really disliked how the only plus size woman in the book dreamed of being "The Fat Lady" in a circus. WOW! Talk about negative body image and body shaming. The author should be ashamed of herself as she clearly conveys a dislike for plus size people.