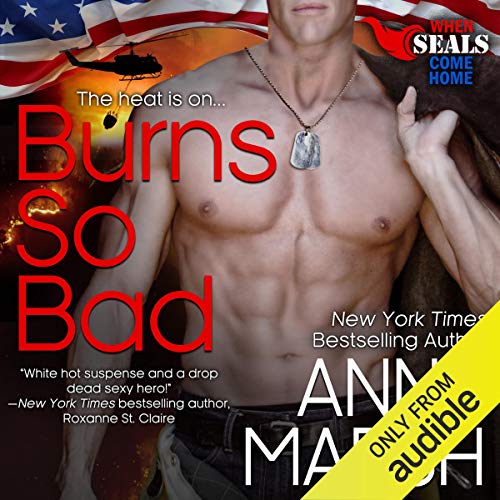 Former SEAL Rio Donovan is 100 percent pure, sensual trouble. Home from the front lines, he has a new mission: fighting fire as a smoke jumper. He won't back down from the flames or a dare and he loves putting it all on the line when he parachutes into the heart of a wildland fire. When the fire camp gets a much-needed new player, however, Rio lands in uncharted territory. The jump team's newest member is sexy, strong - and female. She's supposed to be just one of the boys, but Rio burns to claim her one heated kiss at a time. This jump, Rio Donovan's putting it all on the line. Body and heart.

Into the fire...and into love

Kissing a fellow smoke jumper would be career suicide and Gia Jackson has worked too hard and too long to earn her spot on the jump team to jeopardize it all now for a man. The love-em-and-leave-em boys of summer aren't her type and she's hiding a few secrets of her own, but, when her chute tangles with Rio's on a jump, he's thrown into her arms. Literally. She's held firm on the fireline for years - but can she hold the line now against Rio's seductive charm?

What listeners say about Burns So Bad

To bad they didn't have the other 2 books that started the series but, due to publishing issues. But, all I can say is I want one..lol The writing is fabulous but, the narrator could be better. Worth the Credit/money.

Okay but not great

The story setup was unique/good even if I couldn't suspend my disbelief for the whole 2nd half. The characters were interesting but didn't have a lot of depth. Narration was okay. Steaminess was okay.