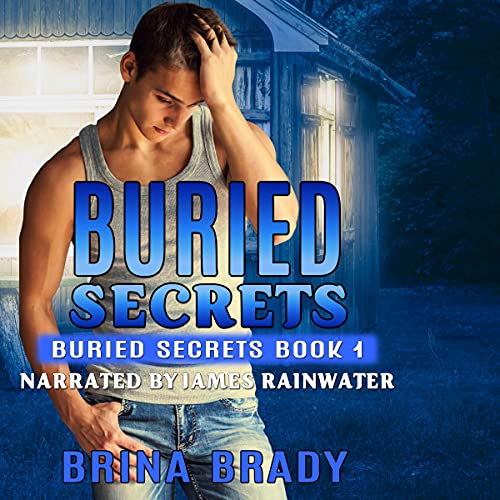 When Alek Belanov loses his family at four years old, his Russian mobster uncle raises him.

Now, at 22, Alek wants nothing more than to find out who murdered his family and why. After Alek gets out of prison for a crime he didn’t commit, his uncle sends him away to the Gay Protection Society, claiming Alek's life is in danger.

Sexy Rafe Escobar is the head of the secret Gay Protection Society, and he chooses Alek as his personal charge. Rafe warns Alek that if he breaks security rules, he will discipline him. Alek has some slip-ups here and there, but he adores his protector and wishes to please him in every way.

Alek quickly finds his place among the other men who seek shelter and those who guard them. What was supposed to be a safe haven becomes a group on the run as security breaches and threats force them to move from town to town.

Is Rafe and Alek’s relationship strong enough to withstand the secrets and deceptions of people trying to destroy them?

What listeners say about Buried Secrets

I loved this book. James Rainwater really brings this story to life and makes you love the characters even more. Alek Belanov family is murdered when he was young. Alek wants to know who did it. But when people want him dead his uncle has him put in the Gay Protection Society. Rafe Escobar is the leader of the Gay Protection Society and chooses Alek as the one he protects. Learning to live on the run isn't easy. But with a group of them it makes the hardship easier. With security breaches and threats that keeps them moving from place to place. Can Rafe and Alek dodge all the lies and deception and finally be free and happy?

I am a fan of mafia stories, of m/m romance involving the protector trope and of secret societies. If you put all those together, I am so there for it. Brina Brady gives us all of this with the story of Alek, Rafe and the Gay Protection Society. Alek has been through so much when we first meet him and it's clear the danger isn't over so his uncle hooks him up with Rafe and the GPS. These two develop a scorching D/s relationship while trying to stay alive. James Rainwater did a great job with the performance. I am picky about Russian accents and his are great, never overdone or cartoonish.


Alex, young gay and part of a Russian mobster family.

Alek's list his parents young, his lover has been killed, then Alek was set up for dealing drugs and served 2 years in prison.

Once released his uncle told him there was a hit on him and he was given away to a group og protectors.

However, things are not as they seem, his protector is older and gay and into BDSM,would Alex like that, would he cope with life in hiding.

Then he found out his families secrets and his whole world wasn't as he thought. Lots of twist and turns which Brina is known for in her books.

Another great book and I know there is at least another book to come, also on Audio, can't wait to start it.

James Rainwater has done a great job again although I do have to speed him up. I read this book at 1.25 speed. Which cuts down the hours but for me it helps.

I really tired to listen to this because the plot sounded really good but the narration completely ruined it, the accents were so, so wrong making Russian sound like Jamaican at some parts and the over all narration was overly pronounced so it didn't flow properly

I really love this author and really enjoyed this book. Had me hooked from start to finish. I loved the narrators voice I think it goes we with the book. Both nailed it