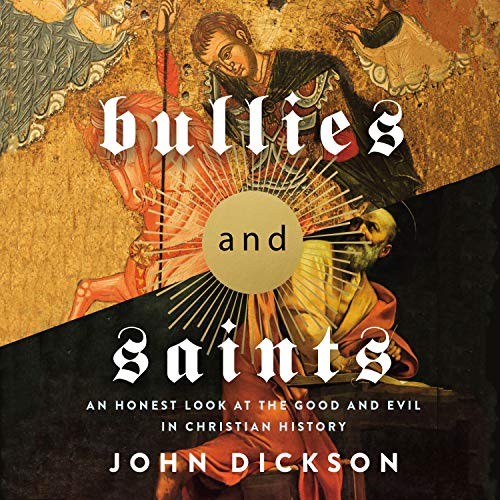 Is religion a pernicious force in the world? Does it poison everything? Would we be better off without religion in general and Christianity in particular? Many skeptics certainly think so.

John Dickson has spent much of the last 10 years reflecting on these difficult questions and on why so many doubters see Christianity as a major cause of harm, not blessing. The skeptics, he concludes, are right: Even a cursory look at the history of Christians reveals dark things therein - violence, bigotry, genocide, war, inquisition, oppression, imperialism, racism, corruption, greed, power, abuse. For centuries and even today, Christians have been among the worst bullies you could ever imagine.

But these skeptics are only partly right: This is not what Christianity was meant to be. When Christians do evil, they are out of tune with the teachings of their Lord. Jesus gave the world a beautiful melody - of love, grace, charity, humility, nonviolence, equality, human dignity - to which, tragically, his followers have more often than not been tone-deaf. John Dickson gives an honest account of the mixed history of Christianity, the evil and the good. He concedes the Christians' complicity for centuries of bullying but also shows the myriad ways the beautiful melody of Christ has enriched our world and the lives of countless individuals. This book asks contemporary skeptics of religion to listen again to the melody of Jesus, despite the discord produced by too many Christians through history and today. It also leads contemporary believers into sober reflection on and repentance for their own participation in the tragic inconsistencies of Christendom and seeks to inspire them to live in tune with Christ.

What listeners say about Bullies and Saints