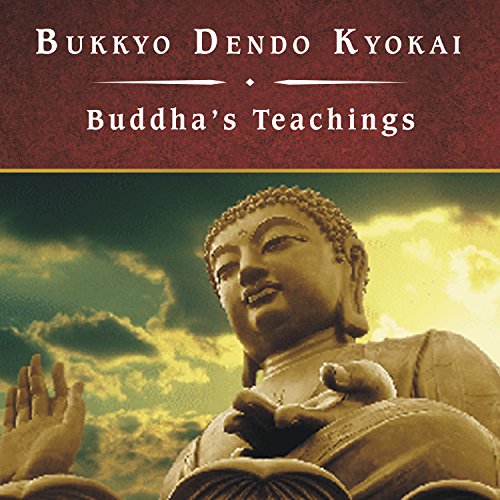 The Reverend Dr. Yehan Numata founded the Bukkyo Dendo Kyokai in order to spread the Buddhist religion throughout the world, and Buddha's Teachings - originally published in 1925 in Japan - is a great introduction to this Eastern practice that preaches a purity of mind and spirit for greater happiness. Listeners are taught some of the core tenets of Buddhism, such as compassion and the negative consequences of desire. Jonathan Reese's pleasant style is clean and uncluttered, allowing the important philosophies to take prominence, making Buddha's Teachings a valuable tool for both novices and practitioners alike.

Like all great religions, Buddhism teaches the importance of spiritual, or holy, values. This religion teaches that if a person has a pure mind, everything he does will be pure and decent, and that if he has a pure heart, all happiness will come to him.

First published in 1925, Buddha's Teachings was originally edited by Japanese scholars of Buddhism before WWII and distributed widely throughout Japan. The first English edition was published in 1934. The Reverend Dr. Yehan Numata brought out another English edition in 1962, and in 1966, after the establishment of the Bukkyo Dendo Kyokai (Society for the Promotion of Buddhism), Dr. Numata assembled a committee of Buddhist scholars to substantially revise and edit a new English-Japanese edition. Buddha's Teachings has undergone minor revisions and numerous reprintings since. It is now available in 41 languages, and over 7 million copies have been distributed and placed in hotel rooms in over 50 countries throughout the world.

What listeners say about Buddha's Teachings

Don't let the age of this book fool you. It's an excellent introduction to the basics of what The Buddha taught; explaining The Four Noble Truths and The Eightfold Path in a creative and different way that I've read elsewhere. The narrator has an excellent voice, the audio is crystal clear. It's a down to earth, simple and easy to understand explanation. I was pleasantly surprised with this. Not very useful for advanced practitioners perhaps, but an excellent introduction on the basics.

very enlightening...get it? ha. but seriously.

this is a great book, I mainly bought this out of curiosity, but I've listened to it three times now and it's well worth the money, my only complaint is I would like to hear a better quality recording. but the quality isn't bad enough for me to justify to much complaining