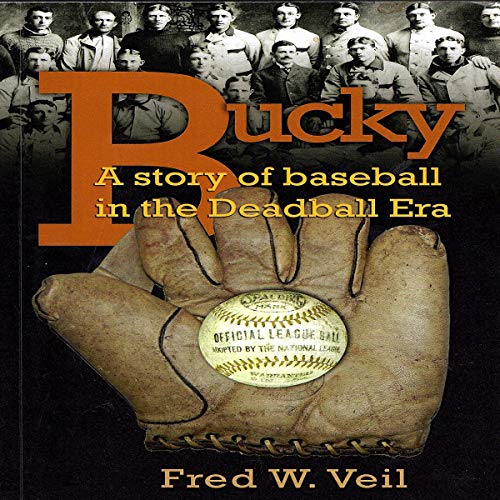 Bucky Veil was a professional baseballer who played the game in the early years of the 20th century, a time when baseball was beginning to evolve into America's national pastime.

As a 22-year-old rookie with the 1903 Pittsburg Pirates, he pitched in the first world series of modern major league baseball, thus witnessing firsthand an important milestone in the history of the sport.

No less an authority, Hall of Famer Honus Wagner predicted that Bucky would be "a great star". Bucky is the story of baseball in the Deadball Era, told from the perspective of the author's grandfather Fred "Bucky" Veil and other professionals who played a game that was very different from that of the modern era.

It was a game that emphasized strategy over power. Babe Ruth and the long ball were a decade or more in the future and relied upon speed, smart, aggressive base-running, good bunting technique, and timely hitting - all designed to advance runners into positions from which they could score.

Baseball in the Deadball Era was played with a passion that is largely absent in the modern game. Bucky was blessed to have had the opportunity to play professional baseball in an era when it truly was a game.

What listeners say about Bucky