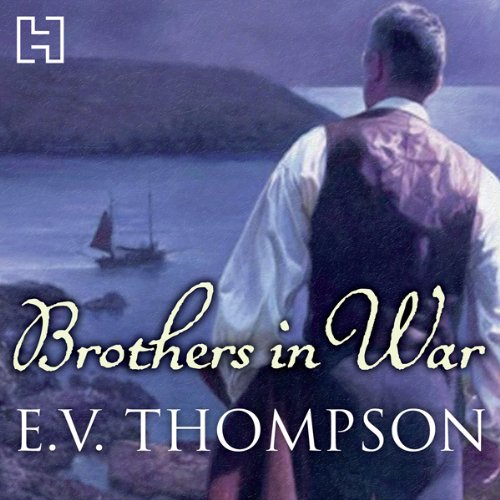 It is 1915: Ben Retallick is asked by a War Office friend to provide two traction engines for a secret expedition attempting to take two gunboats overland from Cape Town to Lake Tanganyika - more than 3,000 miles - to wrest control of the lake from the Germans. He sends engines with young Ruddlemoor as the driver, who meets a Portuguese East African nurse and takes her side against a group of white racist South Africans.

Meanwhile, Antonia St Anna is influential in having Been released, when he is arrested on circumstantial evidence provided by a business rival and accused of being pro-German.

In Brothers in War, E. V. Thompson returns to his acclaimed Retallick saga, immersing the family in the upheaval of the First World War and, through them, creating a captivating tale of love and war, loyalty and betrayal, loss and adventure that weaves its way from Cornwall to the uncharted territory of the depths of Africa - and an eventful conclusion in Cornwall once more.

What listeners say about Brothers in War

Always loved reading this ‘series’ so I was so happy I found it on audible . Well read and a great fascinating story .. However, it’s such a shame that this is the 9th and final book of the ‘Retallick series ‘!! None of the previous books .... equally as brilliant and much loved , are on audible . Please Audible get the other ones sorted

Really interesting book, and lots of insights into the war not only in Cornwall but Africa too. Well worth persevering despite the narration being wooden and unsympathetic to the flow of the story. I often listen in bed and some of the strange pauses as the narrator seemed to gather himself made me check to see if the iPod had gone into sleep mode. Not sure if I'll bother with another book with this narrator.