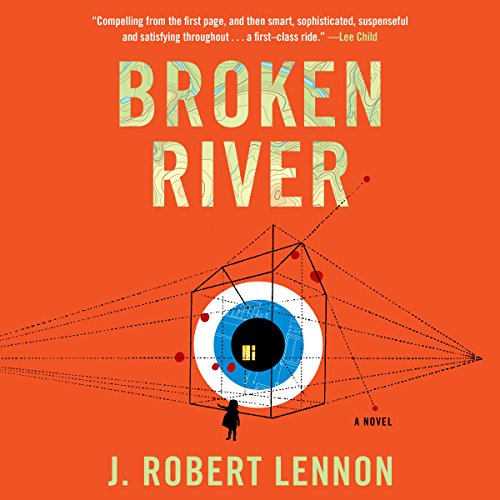 Karl, Eleanor, and their daughter, Irina, arrive from New York City in the wake of Karl's infidelity to start anew. Karl tries to stabilize his flailing art career. Eleanor, a successful commercial novelist, eagerly pivots in a new creative direction. Meanwhile, 12-year-old Irina becomes obsessed with the brutal murders that occurred in the house years earlier. And, secretly, so does her mother.

As the ensemble cast grows to include Louis, a hapless salesman in a carpet warehouse who is haunted by his past, and Sam, a young woman newly reunited with her jailbird brother, the seemingly unrelated crime that opened the story becomes ominously relevant. Hovering over all this activity looms a gradually awakening narrative consciousness that watches these characters lie to themselves and each other, unleashing forces that none of them could have anticipated and that put them in mortal danger. Broken River is a cinematic, darkly comic, and sui generis psychological thriller that could have been written only by J. Robert Lennon.

What listeners say about Broken River

This book was different than any book I’ve read particularly in the mystery genre. The narrator was fantastic and kept me so interested in the stories of each character...I would best describe it as a literary suspense novel. Beautifully written , darkly humorous at times, totally engaging.

I believed in the daughter's character wholeheartedly.

They read in a very robotic way with staccato syntax and no variation in tone, it was distracting.

Did Broken River inspire you to do anything?

Yes, it inspired me to buy a house to renovate in upstate NY.

Great characterisation and plot. This book not only absorbs and satisfies, it manages to comment on the phenomenon of writing fiction, how it engages the reader, how involved and/or detached we become. A fresh take on the thriller.