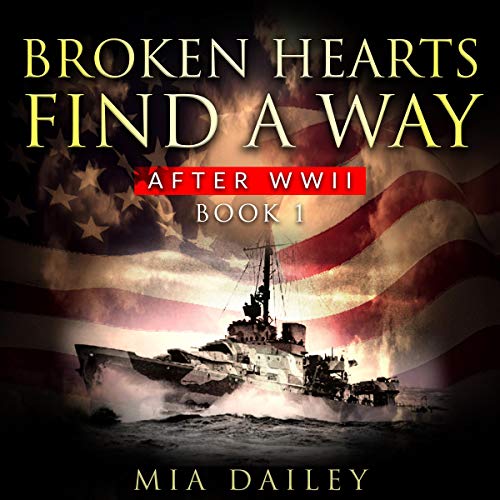 World War II had brought devastation to both of their lives.

They both lost loves they thought they would have forever.

Falling in love again was the furthest thing from either one of their minds.

And God was the furthest thing from hers.

From childhood to adulthood, Clara has suffered so much abuse, neglect, loss, and disappointment. So had Joshua. But his faith in God had never wavered…until now. To receive such a generous gift and not feel worthy of it made it almost unbearable. It made him crazy inside. Only true faith could help. But he turned to the bottle instead.

Although he was still a God-fearing man, he just couldn’t understand why he’d been chosen and what he was supposed to do with the gift. It just made no sense to him.

He was falling for her…hard. Yet, he didn’t have the strength to be what she needed. Joshua could barely be there for himself. From the moment they met, he had always been a sense of strength for her. That first real date brought them closer.... So many secrets were shared. But there were still more.

Now, he needed her to help him heal so he could fulfill his destiny. But, how could she? Clara was broken herself. He needed God. And she just didn’t believe. Yet, she knows nothing and no one else could help this man she felt so drawn to.

Would she be there to help steady him? How could she hold him up when she was falling herself? How will they get passed the hurdles and make their way back to God?

What listeners say about Broken Hearts Find a Way