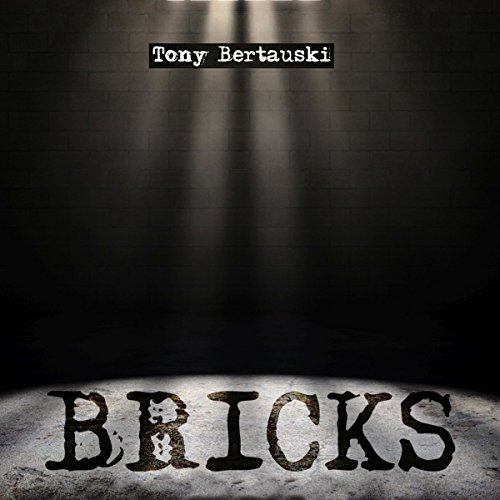 Fabbers, slabbers, and fakies were dehumanizing slurs for fabricated humans. Bricks, however, was the People's favorite.

The Sentience Laws were created to protect the rights of Bricks, but the laws didn't last long. Banished to a remote gulag called the Settlement, Paul and Raine are sentenced to live the rest of their lives in the wilderness.

Escape and freedom will depend on Marcus Anderson, the man responsible for all the suffering that's been endured since the invention of biomites - the synthetic stem cells used to fabricate halfskins and Bricks. Marcus needs them in order to find the "powers that be", the man he believes is truly responsible for the world's suffering. Their journey will take them to a tiny island in the South Atlantic, where the truth is much closer than they realize. That's where they will discover the "powers that be".

And so much more.

What listeners say about Bricks

This is the 3rd book in the series. I enjoyed listening to all 3 audiobooks.

A fitting ending for the story

I have to say that I was certainly not expecting the ending to this series the way it happened. I guess that's a good thing, though. Nothing is worse than for a book to be so obvious that you see the ending coming a mile away. Predictable is so boring.

I have enjoyed the series. The first book I was a bit miffed at how it ended, but the second book made up for it. Now for this series to end on the note that it did was just fantastic. I did take one star off though because of the fairly liberal use of foul language in the book.

David Dietz's narration was wonderful. His voices for each character remained consistent throughout the series even when showing extreme emotions, which he often had to in this book. I give David's narration five stars. Overall the book is just four stars for me because of the language.

I loved this story. Every one of the 3 stories was filled with suspense and tons of action. My ultimate favorite is the very end: "Am I dreaming?" "We all are."

David Dietz does a fine job narrating this third installment of the Halfskin series.Though there are some glitches in the audio,repeating of lines,weird sounds in the background,the sound is good.There are times I wish it would all be an even sounding audio.Yelling and my headaches don't mix and there is a LOT of yelling.We are once again in the land where if you have biotech in your body you could be turned off past the 49% ratio. There are SO many names for the different types of 'people',People,Clay,etc.The story is good.I was given this book free for an honest review.

This story gets deeper than the first two

This could be a stand alone but with everything in this, I would definitely recommend the first two books. The way this starts is at the end of those and there is so much information thrown at the reader and terms that are used within the first two books, that reading this alone would probably be quite confusing.

This story gets deeper than the first two allowing for an even more dystopian, dark feel.  Already people were becoming upset with those that had more than 49% biomites but here that frustration has turned to full out bias. Weirdly, it mirrors society today although in an almost far-fetched sci fi way, but the political under linings are definitely there. Not so much that anyone would be turned away from reading due to the mirroring of our society but it may give for some reflection.

Bricks are being blamed for what is being called dream disease. People fear what they do not understand and hate the things they fear. That message came through very clear and gave the plot something real to chew on. Later in the story, however, the characters start getting a little repetitive. At the end there is one paragraph where Paul's name is said so many times, and I realize it was to emphasize what is happening, but I really wanted to go back and count just how many Paul's were in that chapter. It took me out of the story a bit and there were times like these scattered throughout the story.

That being said, this is dystopian and I love a good dystopian! Tony Bertauski has an incredible but not so far-fetched imagination that shows the dark sides of life and what could be our future! Scary indeed! I did like the first two more, somehow I was more engaged with them than this one, but all together it is a fascinating story and well done.

The narrator, David Dietz, does a fantastic job of putting emphasis on the parts of the story that are the most horrific. There were a few moments that repeated themselves in the audio though that seemed like a technical error. The only downside to David's enthusiasm is reading this when you have a headache. There is a lot of screaming towards the end of the book, but overall it was wonderful.

Audiobook was provided for review by the narrator.