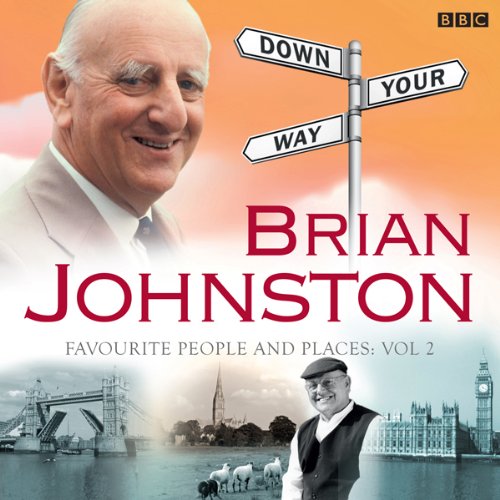 By: Barry Johnston (Produced By)
Narrated by: Brian Johnston

Down Your Way was one of the most popular programmes on BBC Radio from 1946 until 1992. Every week the presenter would visit a different city, town or village in the UK and interview six local people about its history, traditions and customs.Brian Johnston presented the series for fifteen years and for this recording, his son Barry has selected more of the fascinating people and places that his father visited on his travels.

This delightful recording illustrates the rich and colourful heritage of the people and places of Great Britain.

What listeners say about Brian Johnston's Down Your Way: Favourite People & Places Vol. 2