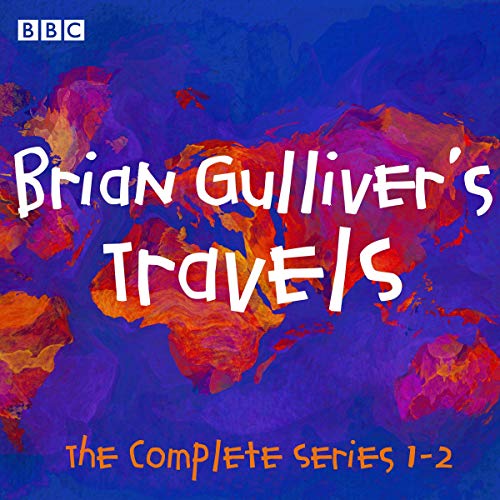 The complete BBC Radio 4 satirical comedy series about a seasoned presenter of travel documentaries, Brian Gulliver, who finds himself in a hospital's secure unit after claiming to have experienced a succession of bizarre adventures.

In series one we hear about Brian's travels in Gelbetia, a country run by doctors; Juradia, where every other person is a lawyer; Osminia, a land where marriage is outlawed; Sham, a country where alternative therapies abound; Erosia, which has a very different view of sexual politics; and Jampoa, where fame definitely equals fortune.

In series two we hear about Brian's travels in Chamanoa, where genetics is pitted against education; Lessington, where ignorance reigns; Gravinia and Plumpf, a land where the military are revered above everything; Anidara, where he finds himself put out to stud; Hermicia, where charity is strangely in abundance; and Kognitia, where selective memory is taken to a new extreme.

One word. Brilliant! Just realised there has to be fifteen. Ok. Wonderful absurdity and a lovable rogue combine to wisk you of to far away lands.

Loved it listened to this multiple times funny yet thought provoking concepts each episode a bit like black mirror but funny and focusing more on what if x y and z were the society norms as opposed to the technological advancement focus in black mirror.