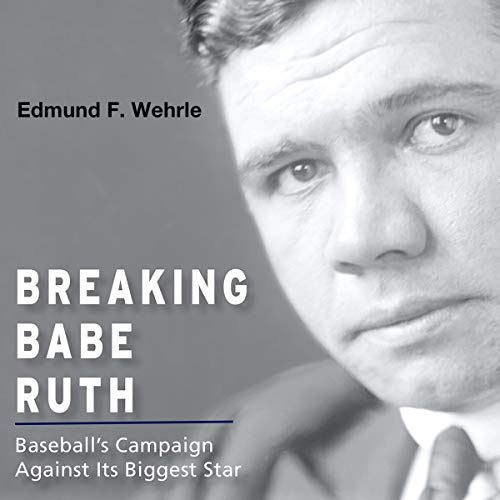 Rather than as a Falstaffian figure of limited intellect, Edmund Wehrle reveals Babe Ruth as an ambitious, independent operator, one not afraid to challenge baseball’s draconian labor system. To the baseball establishment, Ruth’s immense popularity represented opportunity, but his rebelliousness and potential to overturn the status quo presented a threat. After a decades-long campaign waged by baseball to contain and discredit him, the Babe, frustrated and struggling with injuries and illness, grew more acquiescent, but the image of Ruth that baseball perpetuated still informs how many people remember Babe Ruth to this day. This new perspective, approaching Ruth more seriously and placing his life in fuller context, is long overdue.

"Shines fresh light on its subject. It is a historical corrective, an amicus brief for the most compelling and dominant athlete of his era." (Journal of American History)

"A welcome edition to the library of Babe Ruth books."(Jeremy Schaap, ESPNs' The Sporting Life.)

“A fascinating story...among the key books for understanding the sport of baseball in the 1915-1940 era.” (John Rossi, Professor Emeritus of History, LaSalle University)

What listeners say about Breaking Babe Ruth: Baseball's Campaign Against Its Biggest Star