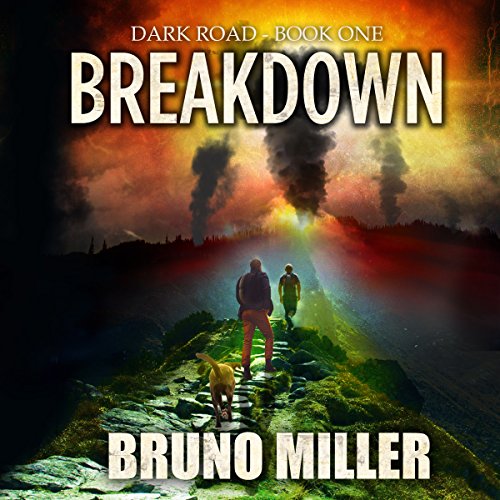 Do you have what it takes to survive?

Ben Davis was prepared for disaster. He just didn’t know it would come so soon. He and his teenage son, Joel, are miles deep in the backcountry of the San Juan Mountains when high-altitude nuclear electromagnetic detonations light up the pre-dawn sky. Ben, Joel, and their dog, Gunner, must make their way home - or to whatever’s left of it - on foot.

Without the ability to communicate with his ex-wife in Maryland, Ben has no idea if Joel’s brother and sister are okay. The two decide they have no options but to head East. Before their journey begins, they venture into town to check Ben’s outdoor store for supplies and discover one of Joel’s classmates, Allie, alone and in desperate need of help.

When Ben realizes Allie’s flight attendant mother is most likely dead and her father lives in Pittsburgh, he knows he has to take her with them. Ben must use the skills he learned as an Army Ranger many years ago to survive the post-apocalyptic world they now live in. Can he keep himself and two teenagers safe as they navigate the dark and dangerous road ahead?

What listeners say about Breakdown

I listened intently for it has been a while since I've enjoyed good dystopian fiction. This was a decent listen but it followed along the lines of near campy-ness at times.

Although there were a few mistakes by the author, overall a great start for a EMP adventure. Looking at the series however, the audible book is very short the author is very greedy, volume 1 and 2 for example would make an average length single book.

This is a great story and actually realistic which is hard to find with apocalypse books. The narrator is good. His voice is not irritating and is smooth. I bought the whole series and cant wait to listen to it.

This book was good it got into too much detail of what was going on at times. This book is way to short. But it was a good read otherwise

A Left at the Door review of Breakdown

Good start to a series. Breakdown really flushed out the characters and makes them likeable and easy to relate to. The situations are very believable and nothing seems forced to move the story along. A bit slow at the start, the story moved at a good pace covering three days. The story is realistic and gripping. I really liked that the author took the time to bring you into the world that felt like today or tomorrow.

Loved this book. I listened to it yesterday and today I finished it. The characters are well written and believable story line. I liked the way Joel showed how things that his dad taught him growing up was absorbed and used. Very real to life story that you could see actually happening. Andrew Tell did a wonderful job with the reading. His voice and speech caught you and brought the story alive. wish the next book was already done so I could continue listening!!