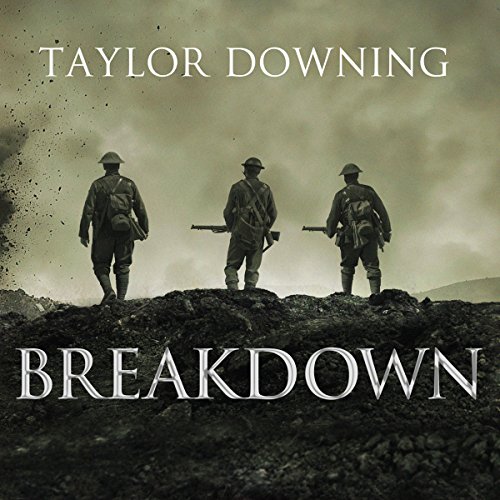 Paralysis. Stuttering. The 'shakes'. Inability to stand or walk. Temporary blindness or deafness.

When strange symptoms like these began appearing in men at Casualty Clearing Stations in 1915, a debate began in army and medical circles as to what it was, what had caused it and what could be done to cure it. But the numbers were never large. Then, in July 1916, with the start of the Somme battle, the incidence of shell shock rocketed.

The high command of the British army began to panic. An increasingly large number of men seemed to have simply lost the will to fight. As entire battalions had to be withdrawn from the front, commanders and military doctors desperately tried to come up with explanations as to what was going wrong.

'Shell shock' - what we would now refer to as battle trauma - was sweeping the Western Front. By the beginning of August 1916, nearly 200,000 British soldiers had been killed or wounded during the first month of fighting along the Somme. Another 300,000 would be lost before the battle was over. But the army always said it could not calculate the exact number of those suffering from shell shock. Reassessing the official casualty figures, Taylor Downing for the first time comes up with an accurate estimate of the total numbers who were taken out of action by psychological wounds. It is a shocking figure.

Taylor Downing's revelatory new book follows units and individuals from signing up to the Pals Battalions of 1914, through to the horrors of their experiences on the Somme which led to the shell shock that, unrelated to weakness or cowardice, left the men unable to continue fighting. He shines a light on the official - and brutal - response to the epidemic, even against those officers and doctors who looked on it sympathetically. It was, they believed, a form of hysteria. It was contagious. And it had to be stopped.

What listeners say about Breakdown

Humane Treatment of the Horrors of the Somme

"Breakdown" is a poignant account of what was a baffling condition at the time. Though instances of shell shock are found throughout war's history, 'soldier's heart' in the Civil War for one, shell shock during WW1 threatened the very state of the armies fighting on the Somme.
This was such a good and brutal account of what went on that I was inspired (nay, driven) to purchase "The Somme" by Peter Hart to learn more. As it is, I learned plenty, though I must say that World War I, though I am fond of military history, hasn't been my main area of interest: I'm more of a WWII, Vietnam kind of gal, so maybe other people might find this to be old hat.
"Breakdown" covers the initial enthusiasm of signing up the Pals Battalions all the way through to the end, and everything in between. It covers the medics first encounters with soldiers who have bulging eyes, the shakes, who possibly can neither see nor hear tho' there's nothing wrong with their eyes or ears, men who act irrationally and with day and night terrors. The medics didn't know what to do for such men and some just recommended a night's sleep (which was a definite boon), and some went as far as to send them away from the front.
There came to be such controversy about what to do for the soldiers: Were they wounded or were they slackers? Authorities tried to get a handle by saying some were wounded, some were sick, and some, if they were elite citizenry in positions of command, had "neurasthenia."
The book goes into great detail about the horrors of existence at the front, the rats, the lice, the constant mud and shelling. The smell of death and decaying corpses, the lack of food and water. Basically a wretched, wretched life lived in a trench that made you pretty much a sitting duck, a trapped rat with no place to run or hide, just stuck. And men who snapped, snapped hard. The book gives accounts of what the army tried to do, but basically it was some pretty hard going and some pretty rough justice. The only army that didn't execute "shirkers" was the Australian army... God love the Aussies, they said it wasn't their war, why should they kill their own men!
Though "Breakdown" can be a bit repetitive, hence what I judge to be a 3.75 star read, it is so emotionally compelling, and Gordon Griffin's narration is so emotionally evocative, I thought it was excellent if you're into the history of suffering. War is brutal...

An interesting and moving account, of a little written about subject of what was called Shell-shock during the Great War.
It is emensly moving to think of how much the victims of so called Shell shock suffered. This often lasted for a lifetime and so little understood.
Well narrated. If you have an interest in the Great War I would recommend this.

Liked the way it carried onto modern warfare but msybe a little too much detail of battles.