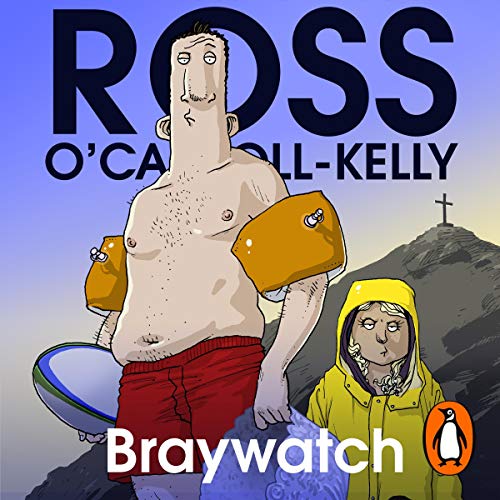 'If I've learned one thing,' the late, great Father Fehily used to say, 'it's that life, families and rugby balls don't always behave the way you want them to!'

Looking at my life, I'd have to say, the dude wasn't wrong.

My old man had been caught rigging a general election. My old dear was about to become a 70-year-old mother of six. And Honor was walking around in a yellow rain mac, telling everyone that the end of the world was coming.

It was enough to drive a man to the brink.

The only simple thing in my life was my new job as the head coach of Presentation College Bray - which is saying something given that I had to try to turn a collection of jokers, chokers and 40-a-day smokers into a team capable of winning the school's first Leinster Schools Senior Cup in nearly 90 years.

And while Father Fehily would have been spinning in his grave, I soon found myself falling in love - with the town I loathed so well.

What listeners say about Braywatch

Ross at his Brilliant best

Nolan does a great job at bringing the characters of Ross' world to life. The book is as hilarious as ever with the Rossmeister up to his usual antics and the rest of the gang doing their respective things. can't wait for the next installment, world be great to see Rory read some of the extensive back catalog!

amazing, brilliant and so funny. absolutely loved it and buying all the others in the series. please make more audio books of the series

Another good addition to the series. Always good for a few sharp references to Irish culture with the addition of a wicklow subplot here being very effective

The performance by Rory Nolan was flawless. I didn't want the book to end and I can't wait for the next one.

Funniest books ever written and the reader does an amazing job with the accents.