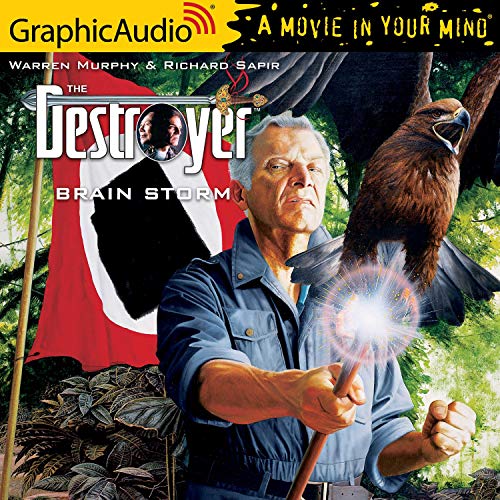 The computer world is always evolving, but now it logs on trouble for CURE. Dr. Harold Smith's own meticulously organized neural files are covertly copied, analyzed and downloaded by an amazing new interface system.

Soon all of CURE's deepest secrets are under control of a shadow force. Not only Remo but even the Master of Sinanju have been accessed and installed. Now they are virtual puppets on a hard drive, slicing and dicing for the enemy at the touch of a keystroke.

And in the next step, a supersecret organization begins experimenting with the Destroyer downloads to unleash an unimaginable threat - the Fourth Reich.

The Fatherland Files - two of three