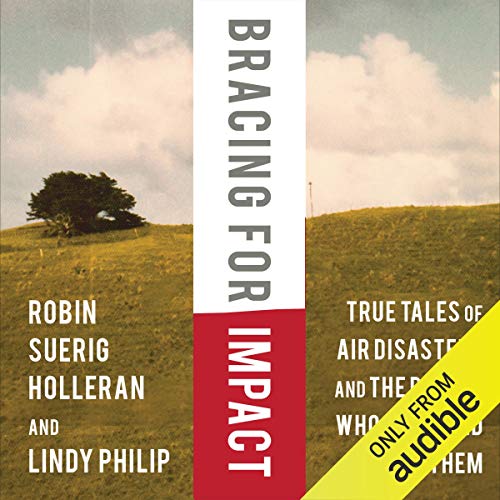 "Surviving is a true blessing that few get to experience."

Being strapped in the seat of a plane as it plunges into a nosedive midair is everyone's worst nightmare. Bracing for Impact's compilers and contributors know. They have both lived out that fear and survived, albeit badly hurt, in their own plane crashes.

In this collection of true-life survivor tales, people from all walks of life - a freelance writer, a crew member of the Lynyrd Skynyrd band, a naval flight surgeon, a teenager, and a newlywed on her honeymoon, among others - recount their traumatic narrow escapes as engines stalled, fuel ran out, hazardous weather conditions descended, and landings did not go according to plan. In the face of death, as life flashed before their eyes - or not, as some wryly note - these survivors encountered the terrific split of before and after the crash. Their lives, though preserved, would change forever.

Perhaps more significant than the crash itself is how each story plays out in the aftermath of the ordeal. In heart-wrenching, unrelenting honesty, these stories explore the wide spectrum of impacts on survivors - ranging from debilitating fear, post-traumatic stress disorder, and substance abuse to a renewed sense of urgency, where survivors swear to live each day to the fullest and rededicate their lives to helping others.

Including the 1977 story of the Lynyrd Skynyrd plane crash that killed lead singer Ronnie Van Zant, guitarist Steve Gaines, and vocalist Cassie Gaines, Bracing for Impact is as much a horrific account of air disasters as it is a celebration and recognition of the people who survived them.

What listeners say about Bracing for Impact

I am not sure what made me download this book but I did. I gave up have way through.

Fascinating and Insightful Accounts of Survival


This book was a collection of fascinating accounts of individuals who survived what has to be one of the most frightening events, airplane crashes. The anger, rage, heartbreak, fear and other varied emotions are raw and real. Some fare better than others. You can't help but think while reading this book, what would you do? The aftermath is often eye opening as well. One woman's hospital stay was horrific, coming right after the shock of the crash. The authors created a Facebook group for survivors that has been essential for healing. Anyone who flies or is afraid of flying should read this book. Some survived multiple crashes!😯 The power of the survivors group is highlighted and some excellent tips for surviving a crash are included. I read this book using immersion reading while listening to the audio book. The marvelous Jonathan Davis beautifully narrates this book, with a perfect balance of emotion and fact. An excellent read.