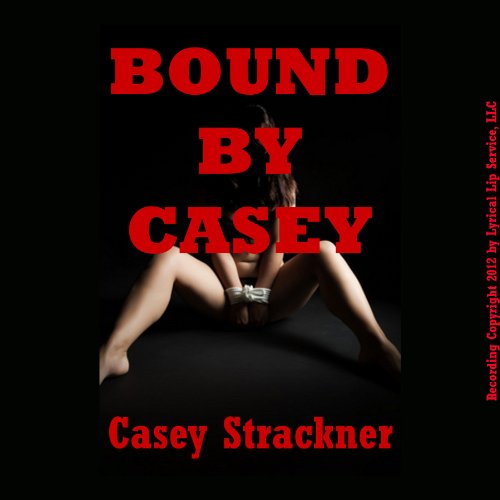 From bestselling erotica author Casey Strackner comes five sizzling erotica stories of bondage and domination. Whether you like it rough roleplay, lesbian domination, or plain rough sex with beautiful bound women, this collection is hot enough to melt your kindle.

2. "Dr. Sherilyn Bound and Examined: A Very Rough Bondage Short": Dr. Sherilyn Thomason is a successful physician, a strong woman who's always in control. That's about to change. One of her patients is interested in seeing her brought low, and when she enters the room, she soon finds that she's not the one conducting the examination. This time, it's her patient who will be using the medical equipment, and before long she'll be completely at his mercy. Be sure to read to the very end... if you can make it through.

What listeners say about Bound by Casey: Five Hardcore Bondage and Domination Shorts