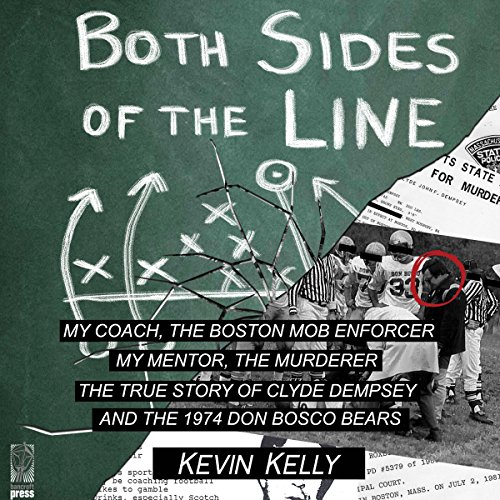 Both Sides of the Line

High school players in a working-class neighborhood in the 1970s gain desperately needed structure and guidance from Jack "Clyde" Dempsey, a scrappy, charismatic coach who seems like nothing more than a football geek. But Coach also happens to be the toughest guy on the streets of Boston, with a temper to match, and it's his secret life as a mob enforcer/collector that forces him to flee the country, becoming one of America's most wanted.

In this memoir a devoted Dempsey disciple, who later became a dean at a private school outside Boston, tries 35 years later to understand his former coach, role model, and mentor - both his good side and his very dark side - and Dempsey's impact on his own life. A completely true story.

What listeners say about Both Sides of the Line

CM alum and enjoyed hearing of the success

Well done, some Boston street name mispronunciations. Truly too bad for Dempsey demise, seemed to be a great help