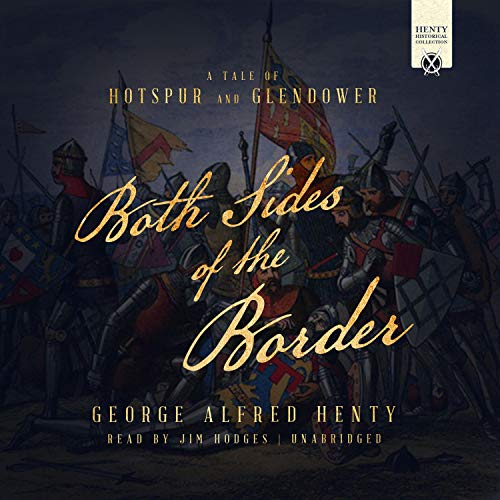 Both Sides of the Border

By: G. A. Henty
Narrated by: Jim Hodges

G.A. Henty novels are highly researched as well as drawn from his firsthand experiences of people, places, and events. The years 1400-1403 were among the most stirring in the history of England.

Owen Glendower, angered by the usurpation of the English throne by Henry IV, carried fire and slaughter to the Welsh counties, capturing most of the strong places held by the English and foiling three invasions led by the king himself. A coalition under the English Percy, Welshmen Glendower and Mortimer, and Scotsman Douglas, tried to combine forces to unseat Henry but were themselves defeated at the battle of Shrewsbury.

The continual state of unrest and warfare on “both sides of the border” are full of stirring adventures for our hero, Oswald Forster.

Public Domain (P)2020 by Made for Success

What listeners say about Both Sides of the Border