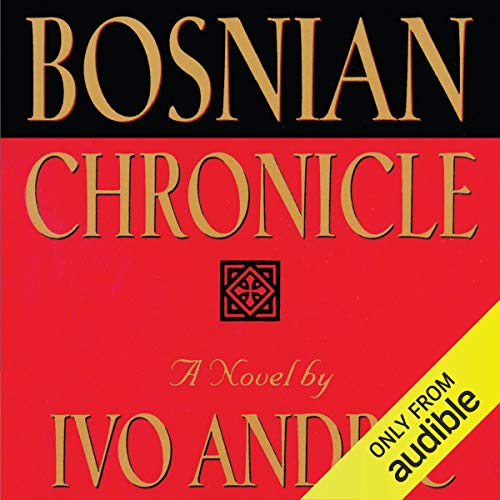 Set in the town of Travnik, Bosnian Chronicle presents the struggle for supremacy in a region that stubbornly refuses to submit to any outsider. The era is Napoleonic and the novel, both in its historical scope and psychological subtlety, Tolstoyan. In its portrayal of conflict and fierce ethnic loyalties, the story is also eerily relevant. Ottoman viziers, French consuls, and Austrian plenipotentiaries are consumed by an endless game of diplomacy and double-dealing: expansive and courtly face-to-face, brooding and scheming behind closed doors. As they have for centuries, the Bosnians themselves observe and endure the machinations of greater powers that vie, futilely, to absorb them. Ivo Andric's masterwork is imbued with the richness and complexity of a region that has brought so much tragedy to our century and known so little peace.

What listeners say about Bosnian Chronicle

What other book might you compare Bosnian Chronicle to and why?

The bridge over Drina. It won Nobel price for literature 1961.Novel you wil read again, and again. Wish audible has it.

The writing is outstanding. There are scenes that will stay with me for a long time. Andric creates a range of complex characters each unique in how they express themselves, their outlook, their beliefs and motivations. Even characters who show up for a few chapters are fully realized. I felt like I was transported back in time. It helps to have some background knowledge and curiosity about this region. While there are a few side stories of romance, it’s more a story of what Daville, the French Consul, experiences in his position as a bureaucrat while unhappily posted in what he considers a backwater of a town. I was fascinated to learn more about how Bosnian Muslims, Catholics, Serbian Orthodox, Gypsies and Sephardic Jews co-existed in one town. For example, when the local Pasha is ill, the medical experts from the different communities are brought in for consultation.
While I will get a physical copy of this book so I can more easily reread some of the many beautifully written passages, it worked well as an audible book. The descriptions were vivid and there was enough action to keep me focused.