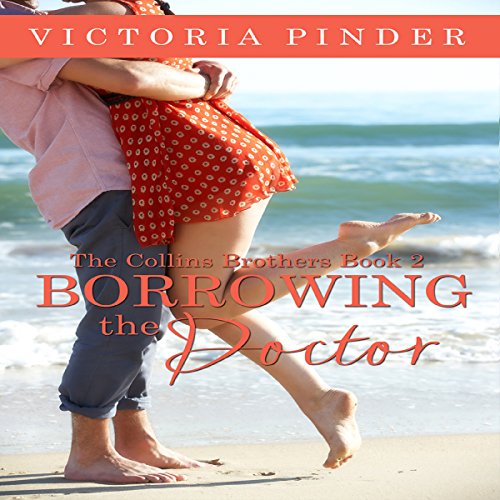 Party girl. Art thief. All around bad girl. It's what all the newspapers call socialite and heiress Kate Sparrow. It's all untrue. Kate's been set up, and she's following the orders of the FBI to get the real criminal, her father. She'll have to put up with her sister, the wedding fiasco, and her own fears that someone is after her, trying to stop her to get what she needs to prove her innocence.

Doctor Daniel Collins joins his brothers on a cruise to the wedding of his young cousin. His cousin begs him to keep a close watch on the bride's sister, Kate. He's to keep her from ruining the wedding.

Kate doesn't trust Daniel's help in her life, but the man's interference is blocking a few problems. She lets him. After all, he spent a few years in the military, and having a friend like Daniel is nice. But when her fears become true - someone is after her - pretending to be in a relationship with the sexy doctor has its benefits. What she hadn't planned was opening her heart to trusting him. But if she doesn't open up, she's going to lose out on far more than her life; she'd lose out on love.

What listeners say about Borrowing the Doctor

I couldn't get past the first 20 minutes.

The narration was ok, but the story itself not so much. I love "fluff" books for lazy days, but this one struggled to hold mt attention.