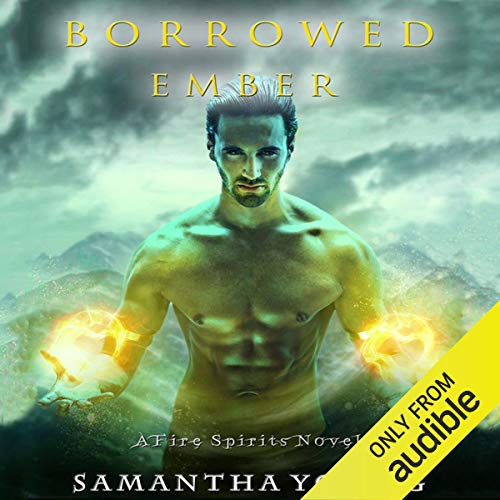 Everything in Ari’s life until this point has been borrowed. Her human life with a man who wasn't her real father. A love for a boy who needed more than her to be strong. Kisses with a Jinn who refused to do anything but lend them out in moments of weakness .And even her resolve, which seemed to fail her whenever she needed it most.

But Ari is done borrowing. She finally feels strong enough to make hunting Jinn not just a hobby to get her through her dismal situation, but to make hunting a permanent and necessary career. Her friendship with Charlie might finally make it onto real and steady ground if only she can save him from the trial on Mount Qaf. And her love for Jai could be eternal, if only she could gain control over the darkness of the Seal within her.

Ari believes all of this is doable - that finally she will truly own the relationships in her life and to a certain extent have ownership over her future. But none of that matters when it isn't up to her.... For high in the emerald mountains of Mount Qaf, the Sultan Azazil has been keeping secrets. Even from the Jinn Kings. Secrets that will change everything…and bring Ari to the crashing realization that once again…she has borrowed something that will never truly belong to her. Something that is desperate to be unleashed. Something that could destroy them all.

What listeners say about Borrowed Ember