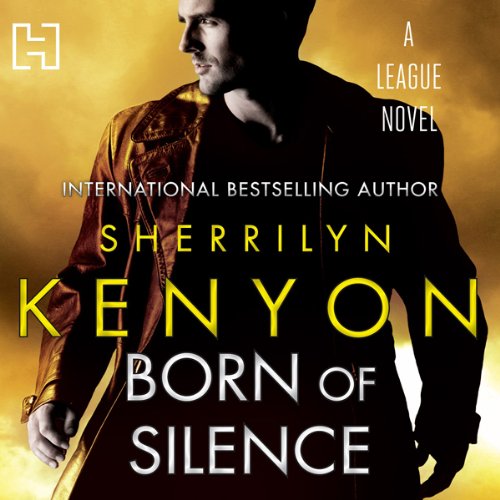 Welcome to a world where corruption dominates everything and everyone. It's kill or be killed. But there are those who will protect you. You just have to decide if they're better than the ones chasing you. Or worse.

Kere, an explosives engineer, is known for striking terror in the hearts of all enemies. The bounty on his head is truly staggering, and no one outside the shadow organisation called Sentella knows his real identity.

Zarya Starska grew up hard on the back streets of hell. Labelled a traitor because of her father's political beliefs, she dreams of a different life and a different world. As a resistance leader, her goal is to topple the government that took her father's life, along with her mysterious right-hand man, known only as Kere.

But Kere has a dark secret. He's out for revenge for past crimes against his family, and plans to annihilate all those he feels guilty, along with every resistance member he can find...including Zarya.

What listeners say about Born of Silence

I have read this book too many times to count. reading it is an entirely different experience. Fell in love with the characters all over again. It was like reading it for the first time. I am in love 🧡

The emotional content of this book was outstanding and it helped me to really connect with the characters. The story line was brilliant.

I wish Audible would make more of Sherrilyn's audio books available to Australia.

Hotter Graham does an excellent job with the different characters and is very easy to listen to.

Absolutely love the way sherrilyn kenyon gets to the deep emotions of her charactersand mskes sure you feel like you are there with them!

Captivating from the start to the end ... loved it

I loved reading the book when I had some quiet time & loved listening to the narrator when I travel or just can't be bothered carrying my book around.
The story was so captivating from begining to end. My favourite would have to be Darling Cruel ... I love all the Born series episodes I highly recommend you read them.
Sherrilyn Kenyon is a fantastic author spell binding from start to finish ...

Not for the weak stomach

Would you consider the audio edition of Born of Silence to be better than the print version?

I have not read the print version but Holter Graham, the narrator keeps you captivated.

The author had written a amazing fantasy country where the story is set. The characters are mostly well written and interesting. However, I found it extremely difficult to listen to the first part of the audio book as the main character was put through a lot of extremely harsh situations. In fact I don't think I will manage to finish listening to it.

Which character – as performed by Holter Graham – was your favorite?

The chronicle of Darling's torture?

Overall, I really enjoyed Holter Graham's narrative. He brought the characters to life.
The story and characters were well written. But I cannot stand listening to people being abused. Sherrilyn Kenyon certainly took this theme to the max. What makes it worse for me is Zarya, the main female character and love interest. Her thoughtlessness and stupidity of how she handled some situations made me want to thrown thing at the wall. Is she worth Darling's love? I am not sure.

Do get this if you enjoy listening to torture and abuse of the main character. If you can't stand these kind of things, I advice you to look for another Sherrilyn Kenyon book.

Started off well but soon became plodding and boring. Couldn't feel the usual spark between the two love interests at all, and the love scenes just left me cold. If it weren't for Holter Graham's brilliant narration I don't think I would have persevered to the end. Disappointing, as having just read Acheron, I was expecting so much more. Not one of her best books.

I got into the story quickly and could not put it down. Really loved it!

captivating storyline... took a few chapters to get into it. but once your there.. your there for good. well done. great narrator also