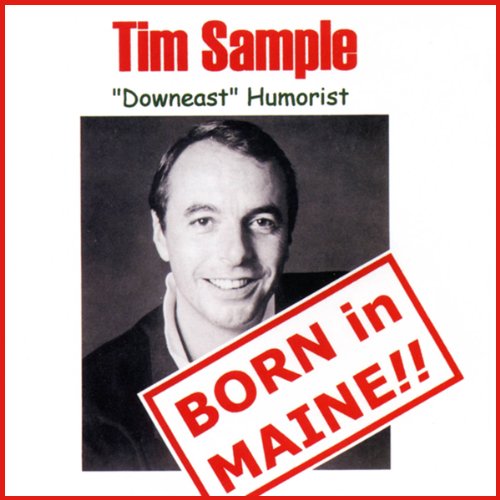 There’s an interesting story behind the title of this audio, which was recorded at the Crooker Theatre in Brunswick, Maine, in the summer of 1997. The previous year, legendary veteran CBS newsman Charles Kuralt had personally recruited Tim and invited him join the on-air talent as a regular correspondent for the Emmy Award-winning TV show CBS News Sunday Morning. At the time of this performance, Tim’s “Postcards from Maine” essays were being aired at least once a month to a national (and international) audience of several million people. This resulted in a huge increase in interest in Tim’s work and contributed to the "overnight success after 20 years" phenomenon.

Perhaps as a result of his new status on network TV, a rumor began to circulate that Tim Sample was not originally from Maine! Of course, such an allegation hurled at a native Mainer is not taken lightly. Hence the title of this recording. The stories here are a continuation of the concept of dry down east one-liners established on Snappy Answers!

What listeners say about Born in Maine!!