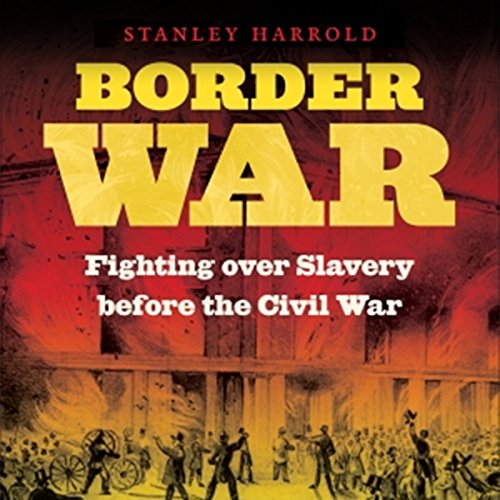 During the 1840s and 1850s, a dangerous ferment afflicted the North-South border region, pitting the slave states of Maryland, Virginia, Kentucky, and Missouri against the free states of New Jersey, Pennsylvania, Ohio, Indiana, and Illinois. Aspects of this struggle - the underground railroad, enforcement of the fugitive slave laws, mob actions, and sectional politics - are well known as parts of other stories. Here, Stanley Harrold explores the border struggle itself, the dramatic incidents that it comprised, and its role in the complex dynamics leading to the Civil War. Border War examines the previously neglected cross-border clash of attitudes and traditions dating many generations back. By the mid-nineteenth century, nowhere else were tensions greater between antislavery and proslavery interests. Nowhere else was there more direct conflict between the forces binding North and South together and those driving them apart. There were mass slave escapes, battles between antislavery and proslavery vigilantes, and fierce resistance in the Border North to the kidnapping of free African Americans. There were also fights throughout the borderlands between fugitive slaves and those attempting to apprehend them. Harrold argues that, during the 1850s, warfare on the Kansas-Missouri line and John Brown's raid on Harpers Ferry, Virginia, were manifestations of a more pervasive border conflict that helped push the Lower South into secession and helped persuade most of the Border South to stand by the Union.

What listeners say about Border War

If you’ve ever seen a popular film or TV series about the Civil War, this book is catnip.

"Border War" delves into how the border Southern states had the highest slave runaway rates, so they came up with the most bizarre laws to stop it, and the ensuing struggles and debates were ferocious.

There's plenty of action, and the "back-in-the-day" atrocities are rivetting, if you have the stomach for it.