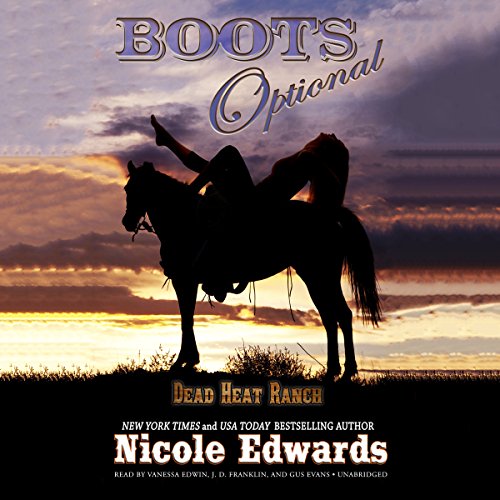 Grace Lambert is familiar with hard work, long days, and handsome cowboys. She's been working for her family's dude ranch since she was old enough to ride a horse, and she's not afraid to get her hands dirty. What she is afraid of is the heat that's been growing between her and not one but two sexy cowboys who've set their sights on her... and each other.

Grant Kingsley and Lane Miller have both had their eyes on Gracie for years, but the feisty cowgirl has managed to keep them at bay. As far as they are concerned, cowboys don't give up, and neither of them is ready to just yet - not on her and not on the heat between the two of them.

Find out what happens when the sultry Texas nights get as hot as the fierce Texas days.

Note: This novella was previously published in the Some Like It Hot Anthology. Although the story has not changed, this version contains a short bonus scene.

I definitely love to be the meat between these two hottt cowboy s .go grace ..don’t fight it..enjoy there love ... yeehaaa😘😍🤠😍😘

Nicole does it again..
Gurl you are swiftly becoming my favorite writer . I will be reading the sequel