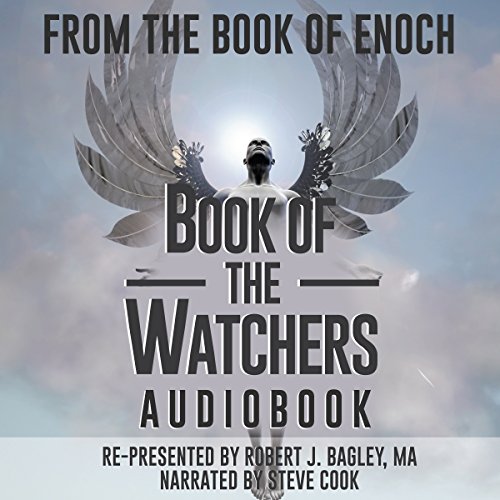 Book of the Watchers

Found in the Qumran caves of the Dead Sea Scrolls (Qumran Cave 4), and presumed to be written before BC 170, chapters 1-36 of 1 Enoch are also referred to as The Book of the Watchers. These passages are also known to incorporate portions of the Book of Noah.

The theme of the Watchers is final judgement, and incorporates the expository background of one of the most spectacularly glossed-over, overlooked, and misunderstood Scriptures in the Bible - Genesis 6:1-4.

The "sons of God" referred to in Genesis 6:2 are explained in detail in The Book of the Watchers. These Watchers were supposed to be watching the earth as part of their heavenly ministry, but instead, they transgressed and became fallen angels.

How did they become fallen angels?

They saw that women on earth were pleasant to look at and schemed/colluded to somehow incarnate themselves, (literally celestial or, dare we say, 'extraterrestrial' beings manifesting in some kind of physical form), in order to impregnate women and corrupt the bloodline of humans.

The offspring of the Watchers (and their human mates) were what the bible calls "giants" or "Nephilim." These half-humans/half-fallen-angel hybrids were extremely wicked, and began eating everything and everybody! This is the reason, some scholars say, for God's sending the flood of Noah.

Additionally, The Book of the Watchers outlines how these fallen angels corrupted mankind by teaching them forbidden knowledge of weapon-making, sorcery, witchcraft, astrology, and other forbidden technologies.

Consequently, when the flood washed them all away, the disembodied spirits of the Nephilim became the unclean spirits (i.e. demons) we now have roaming the earth. (Luke 11: 24-26, Matthew 8:28-32).

All of these things and more are outlined in The Book of the Watchers.

We exhort you to keep your spiritual eyes, ears, and heart open as you dive into 'The Book of The Watchers' and prayerfully consider its relevance today.

What listeners say about Book of the Watchers

it's a good book for the people want to know more. For me it was a great book.

really brings the book to Life.

excellent narration. I'm not a believer but I love angel lore and this is an excellent book. it's pleasing to the ears😘

This explains how the world got to be where it is today. With the Fallen Angels. I enjoyed the Reader.