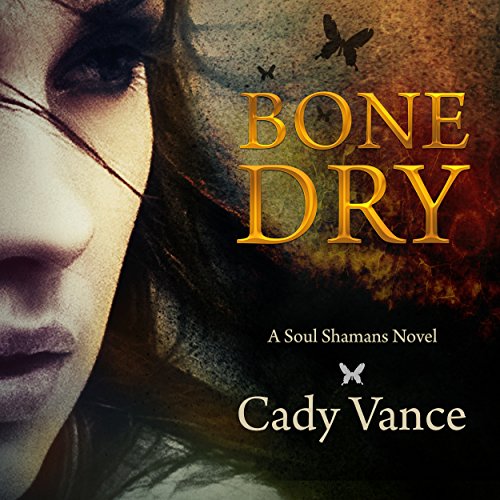 Sometimes it isn't as easy as choosing right or wrong.

Sixteen-year-old Holly Bennett is a comic book nerd, a con artist, and a shaman. Most days Holly wishes she could trade in her power of spirit communication for something more useful - like fireballs or Wolverine claws. She knows spirits aren't exactly Casper the Friendly Ghosts. They're dangerous beings from Lower World who snack on human life, and messing with the magic from their world is an express ticket to big trouble. But when a shaman sticks her mom's mind between their world and ours, Holly becomes the unexpected breadwinner in the family. She uses her burgeoning shaman powers to set up fake hauntings and "banish" the so-called ghosts from her wealthy classmates' bedrooms. For a fee, of course.

When actual spirits start manifesting, Holly discovers that other shamans have come to town, summoning life-sucking spirits for their own ends. And the newcomers may just hold the clue Holly's been looking for - the one that can release her mom's mind from its Lower World prison. With the help of both a cute web comic artist and her partner in con, Holly plots to take them down, throwing her into a whirlwind of speedboat getaways, breaking and entering, and astral projections into the spirit world. And as her mom's mind slips further away, Holly has to fight to save her, and the rest of the town, before they get sucked into Lower World permanently.

What listeners say about Bone Dry

Surprisingly fun and smart YA paranormal fiction. I loved the heroine: Holly, a smart girl with a couple of friends and reputation for being an oddball, but who isn't a loner, miserable, completely self-doubting, or obsessed with love. She's in a bad spot because her mother has been incapacitated by an encounter or attack in the spiritual realm, so she's been doing the best she can - which admittedly, is scamming a few rich kids at school into paying her to exterminate spirits that she and her friend conjured up. Did I mention that mother and daughter are both shamans, who work to move spirits on to the spirit realm when they are stuck in the earthly one? It's a cool and unusual magical power in YA fiction, and the author provides a good, understandable magic system with rules that are obeyed.

As an adult reader, I appreciated the lack of focus on romance (I mean there is a romance, but there is no love triangle and the heroine doesn't agonize and make stupid decisions in front of her love interest, who is in fact, a nice guy and not a villain. I loved that Holly had at least one steadfast friend who stays by her side. I loved that both of them grew as characters and in maturity as they faced the dangers. The spirits themselves were actually scary, and not in a gory way but in a surprisingly plausible way.

I listened to this in audiobook format, and Warner Munroe did a decent job. Some of her girl voices were a bit cartoony, but overall it was enjoyably and smoothly read.

NOTE: This audiobook was provided by the author, narrator, or publisher at no cost in exchange for an unbiased review.

Good for a young teen

I gave it 3 stars because the narrators voices for some of the girls was like listening to forest animals try to speak, and much of the interaction between characters was very cliche. I enjoyed the story, and I will read the next book. I won't listen if it's the same narrator though, which sucks, because I prefer audiobooks.

As for the story, it's not just a YA book, it's a VERY YA book. I think 13 and 14 year old kids are the perfect audience. Butterflies in the stomach, liking the hot guy that could never like her back, others can see it, but she can't.. you get the idea.

Still, the shaman part of the story was interesting. Hopefully that's where book 2 will go into more background, and explain what shamanism is in this world, and how it's different from other magic.

Would you listen to Bone Dry again? Why?

I would definitely recommend Bone Dry to paranormal YA fans. There is a sweet and realistic romance, and a lot of fast-paced action to keep the story moving. I liked the unique aspects of the shaman world.

Holly is an appealing main character--a teenager with adult responsibilities but with the unpredictable behavior that comes with adolescence.

I enjoyed the scene where Holly and Nathan first learn about their shared interests. Nathan is a very appealing love interest for Holly--not just handsome, but also charming and respectful.

The writing was fantastic, with vivid and original sensory descriptions. The writing quality really helped the book to come alive.