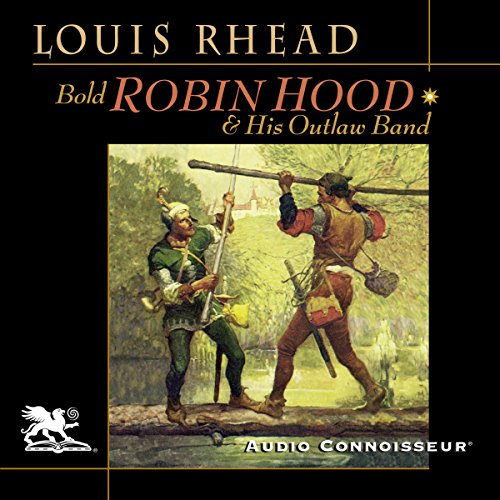 The legend of Robin Hood was based on the career of a real outlaw who lived in the forests near Nottingham, England, in the last half of the 12th century. His character has become world famous and is the subject of hundreds of plays, novels, stories, and films. As a man of the people who was a partisan for the lower classes, he also became strongly associated with an anticlerical yet pious Christian attitude, an animosity toward the sheriff of Nottingham, and a special regard toward women, children, and the infirm.

The chief aspect of his fame was his penchant for robbing the undeserving rich and redistributing their money among the poor. His adversaries are forever being fooled by Robin's disguises, and they are driven to fury by his mocking wit and clever ruses for avoiding capture. Listen along as merry Robin Hood, Little John, Friar Tuck, and their outlaw band keep you entertained for many an exciting hour.

What listeners say about Bold Robin Hood and His Outlaw Band

loved it. everything about it will take place on the corner of warrior square road.