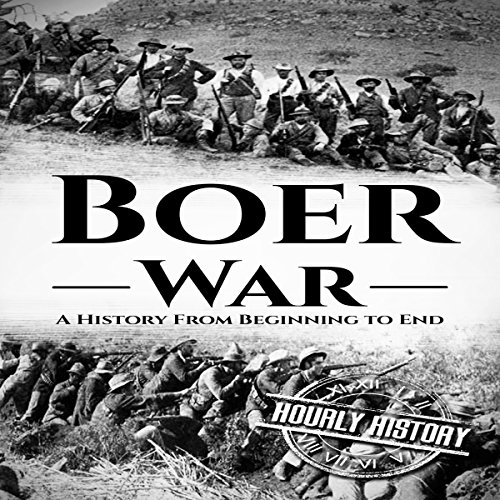 This audiobook provides an introduction to one of the most intriguing wars of modern times - a war that saw several innovations, including the use of heliography and indirect fire, and caused the complete overhaul of the great Imperial British fighting machine in its aftermath. It also tells of the first example of the brilliant use of guerrilla warfare by the people who, to this day, have never been outclassed: the Boer commandos.

However, the Boer War was also an intensely emotional journey cutting to the very core of the horror of war; leaving women and children in a deliberately destroyed landscape, watching their home and all their possessions burn to the ground.

You will learn about the the causes of the war; the commando system; phase one; phase two; phase three; the concentration camps; a gentleman's war; and much more.

This audiobook gives a broad overview so that the interested listener will be able to find a point of entry to study the war further. Perhaps studying and understanding this subject is the only way to ask the question: When is a war not a war?

What listeners say about Boer War

A very interesting and informative book, written by professional historian and to the point.
Recommended for people willing to know about the last gentleman's war and the history of South Africa.